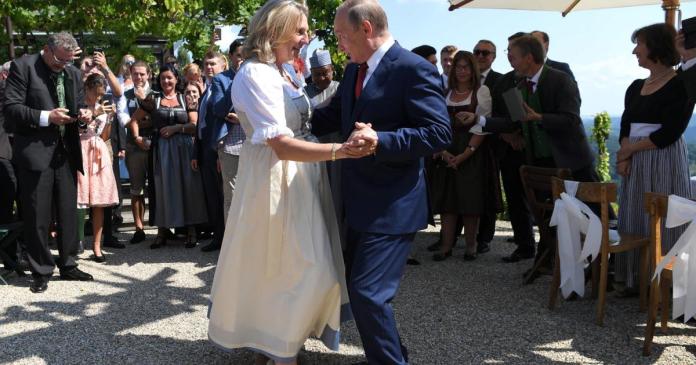 The Russian government has nominated the former Austrian Foreign Minister Karin Kneissl for the supervisory board of the majority state-owned oil company “Rosneft”. A related order from Prime Minister Mikhail Mishustin dated February 26, 2021 was officially published on Tuesday.

The list of future supervisory board members includes three top Russian bureaucrats as well as four foreigners who are supposed to act as so-called “independent directors” on the supervisory board of the joint-stock company headed by Putin’s long-time confidante Igor Sechin. Specifically, in addition to Kneissl, Germany’s ex-Chancellor Gerhard Schröder, the German businessman Matthias Warnig and the Swiss banker Hans-Joerg Rudloff were nominated. Kneissl is the only person on Mishustin’s list who did not mention an official job.

The former foreign minister, who was most recently active as an author and publicist, did not want to comment on Wednesday. “I don’t give interviews,” she told the WHAT. During her time as a non-party foreign minister on an FPÖ ticket, in 2018 and 2019 she had repeated contact with Russian President Vladimir Putin, whose visit to her wedding in Styria in summer 2018 also made international headlines.

Beth Ditto turns 40: the most iconic appearances of the rock...

Holocaust memorial in Berlin: “I don’t give an inch before Heydrich”...

Thomas Schubert in the race for the German Young Talent Award

Crime at the Australian Open – And again the volcano Djokovic...

Government advisors and researchers are calling for a tough lockdown