Russia is making progress in terms of corona vaccination. The Ministry of Health has approved the single-dose version of the Sputnik V corona vaccine – a kind of “Sputnik-Light”. This is reported by the Russian news agency Tass.

“Sputnik-Light” is the same vaccine as Sputnik V. However, it only needs to be injected once instead of twice. It is not supposed to be as effective as the original dosage. According to Russian data, however, a single administration can be a suitable temporary solution for countries with high infection rates.

In its own country, however, Russia continues to rely primarily on the original version of the vaccine. Russia will have 60 million of the vaccine produced in China. It should start in May. (pbe)

Mask affair in the Union: “Now everything has to be on...

26-year-old poses at the Davidwache in Hamburg 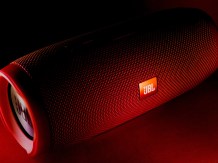 DSDS: New season starts – with Michael Wendler in the jury