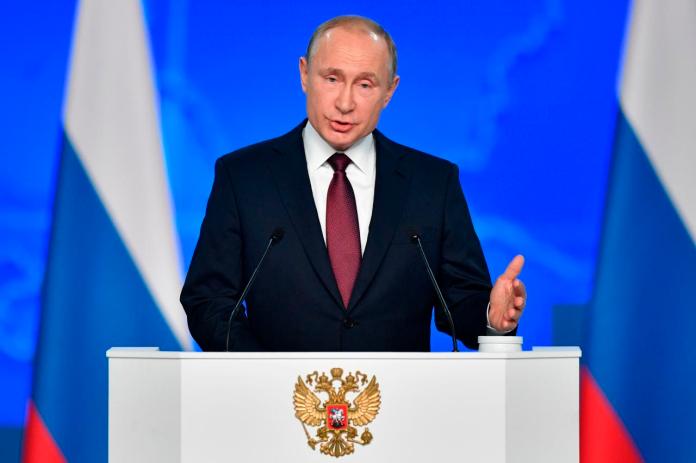 In Russia, only 6.3 million of the 146 million inhabitants have received at least one dose of vaccination against the coronavirus.

Russian President Vladimir Putin wants to be vaccinated against the corona virus on Tuesday evening, but in camera. This was announced by government spokesman Dmitri Peskov. When asked whether there would at least be recordings or photos, the spokesman replied that the Kremlin will simply “have to be taken at its word”. Putin has never advocated vaccinations in front of running cameras – “he doesn’t like it”. The Russians would “hear” about his vaccination.

In general, Putin wants to return to a working day without restrictions in contacts and travel by autumn at the latest, Peskov continued. There is a general election in September. For this, the president’s immunity must have reached the “necessary level”.

It remains to be seen which of the three vaccines approved in Russia Putin will be given. All three preparations are very good and reliable, said the Kremlin spokesman. Peskov also did not want to reveal whether Putin was going to a vaccination center or whether he could get the pikser in his official seat or his residence. The process will be done in a way that will “least affect” his work schedule.

Vladimir Putin and the syringe

Putin himself had announced his vaccination the day before at a cabinet meeting – several months after the start of the nationwide vaccination campaign against Covid-19. Putin’s vaccination is a widely discussed topic in Russia. At first he hesitated, then explained that Sputnik V was not approved for his age – he is 68 years old. Then the drug was approved for people over 60, but then it was said that the syringe did not fit into Putin’s “vaccination plan”. On Monday, he finally announced, surprisingly, that he would be vaccinated on Tuesday.

In the largest country in the world in terms of area, almost everyone can now be vaccinated. In the capital Moscow, for example, this often works smoothly and sometimes even without prior notice. The problem in Russia is different: According to surveys, many Russians do not even want to be vaccinated with the national preparation Sputnik V.

Has it contributed to the deep vaccination readiness?

Critics accuse Putin of contributing to the country’s lack of vaccination with his own reluctance. According to surveys by the independent polling center Levada, the number of Russians who shy away from being vaccinated with Sputnik V, which is produced in the country, rose from 58 percent in December to 62 percent in February. According to official information, only 4.3 million people are fully supplied with both necessary syringes – that is just under three percent of the population of the gigantic empire.

Putin’s camera shyness at his vaccination appointment is also surprising insofar as it usually likes to be photographed – only at the weekend together with his Defense Minister Sergej Shoigu in the Siberian taiga. Photos showed the two of them wandering through snow-covered forests, looking for wild animals with binoculars.

Traffic problems on the Deister – relaxation in the Harz Mountains...

Katy Perry wants to feed her dog vegan – and causes...

How the Trials Go – Is It Ethical to Withhold an... Alcoholic car crashed into a tree

Matthias Walkner (KTM) was amazed: “Like on Mars” / Dakar Moto