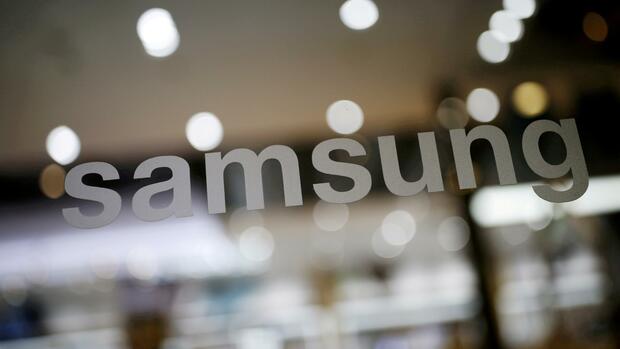 The electronics company is feeling the effects of the lack of chips.

Düsseldorf The world’s largest smartphone manufacturer has warned of difficulties due to the global shortage of semiconductors. The current imbalance between supply and demand for computer chips and their components is “very serious” and represents a “slight problem” in the second quarter, said company vice president Koh Dong Jin, who is responsible for the smartphone business, at the general meeting of the South Korean group.

Due to increasing digitization and the strong demand for technology in the corona crisis, the demand for semiconductors has skyrocketed unexpectedly. “Regardless of the difficult circumstances, our executives are meeting with overseas partners to resolve these issues,” said Koh. It is difficult to say whether the shortage has already been completely resolved.

Koh said that it is entirely possible that Samsung will postpone the launch of its new flagship model for the first time in years. The market launch of the Galaxy Note has so far been scheduled for the second half of the year. According to estimates, the Note series only accounts for five percent of Samsung’s sales, but it makes a disproportionate contribution to sales due to its high price.

“The Note series marks the high-end model of our portfolio in the business sector,” said Koh. It can be a burden to present two top models in one year, the manager said. Samsung had already supplied private customers with new devices in January with the Galaxy S21. “The schedule for can still change, but we are aiming for the Note to start in the coming year,” it said.

This means that the semiconductor shortage is making itself felt more and more in entertainment electronics. Experts expect difficulties with all manufacturers except Apple, which tries to be self-sufficient. The effects of the production bottlenecks are expected, especially for PC components and displays for all kinds of devices, and the production of 5G modems will also suffer as a result. In the PC sector, for example, graphics cards in the high-end sector are difficult to obtain and only at several hundred percent higher prices.

Other problems at VW

The shortage of supply is due to production cuts in the corona crisis. Orders from the automotive industry were largely lost. Electronics manufacturers took advantage of this all the more because the devices were in demand in lockdown. Then automobile demand recovered unexpectedly quickly. The suppliers, especially in Asia, need time to expand their total production accordingly – above all the world market leader Qualcomm.

For months, this has repeatedly led to production stoppages and plant closings at vehicle manufacturers. Now it’s back to Volkswagen. Here work on two assembly lines for the Tiguan, Touran and Tarraco models is to be suspended for five days from Monday (March 22nd) to Friday (March 26th). VW announced this on Wednesday. The reason is a missing electronic component.

Since the turn of the year there have been several closing days and short-time working at VW locations. The main plant in Wolfsburg was already affected in February. There were also restrictions in Emden beforehand. Production also had to be throttled in internal supplier plants such as Braunschweig. Similar steps were taken at the Audi subsidiary and other manufacturers. Daimler and GM also had problems, as did suppliers such as Continental and Bosch.

More: Apple is investing more than a billion euros in Munich

US emergency approval for vaccine from Biontech and Pfizer

Daniel Hartwich private: She is the woman by his side!

AMD is investigating USB connection interruptions with B550 / X570 mainboards