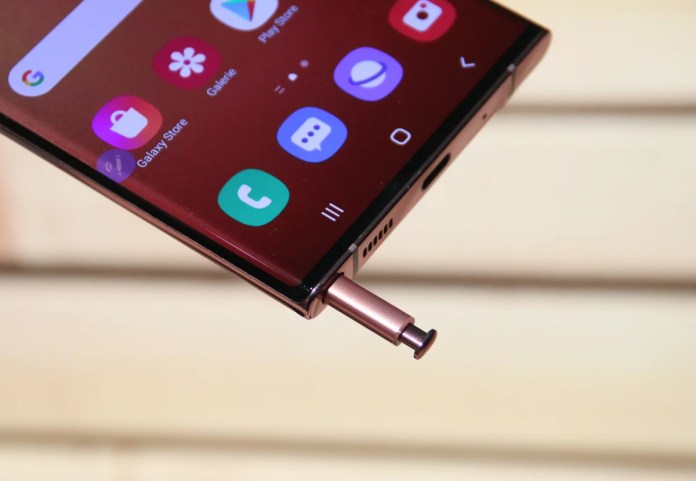 Samsung will probably not present a new model in its Galaxy Note series in the corona year 2021. In view of the supply bottlenecks on the semiconductor market, it will be difficult to bring another flagship smartphone onto the market in the second half of the year, said Co-CEO Koh Dong-jin on Wednesday at the Group’s shareholders’ meeting in Seoul. “Two flagships in a year could prove to be a burden,” said Koh.

Samsung usually brings two top smartphones onto the market each year. The current model of the Galaxy S series is usually released in spring for the MWC mobile communications trade fair. The new Galaxy Note usually follows in late summer, and Samsung likes to celebrate its debut at the IFA in Berlin. In February, the Galaxy S21 appeared in three model variants, but fans of the phablet series will probably wait in vain for a Note 21.

Previously, there had been a lot of speculation that Samsung could say goodbye to the Note series and focus entirely on S-Class and folding phones. The rumors were then also fueled in the spring by the fact that Samsung’s current top model S21 Ultra supports an input pen – that was previously reserved for the Notes. In addition, according to insiders in the supply chain, there were still no signs of a new Note 21.

Now “DJ” Koh admits to a large extent that the note will probably be canceled this year. However, Samsung counteracts the rumors that the series is a done deal. “The time to market may change,” said Koh. “But we aim to bring out a Note model next year.” A Samsung spokesman has once again confirmed this to the US media.

Samsung itself is one of the big chip manufacturers on the market, but it also relies on semiconductors from other manufacturers for its smartphones. Only some of the flagships produced for the world market run with the in-house Exynos SoC. The current top Snapdragon from US manufacturer Qualcomm is in the Samsung smartphones that are sold in the USA – and that too has delivery problems.

But not only the main processors are affected by the current delivery bottlenecks, other important components are also slowly becoming scarce – and therefore more expensive. The production of radio chips and components for energy management are also affected. As a result, the shortage of chips, which the automotive industry has been suffering from for some time, is now spreading to other industries as well, as expected.

The reason for this is the utilization of production capacities at semiconductor manufacturers. The auto industry had canceled orders due to the Corona crisis and can now not start up again because the chip manufacturers cannot provide capacities at short notice due to the complex processes and long supply chains.

Frankfurt: The A661 is getting wider

Child and dog abandoned in cemetery before Christmas

Hairdressers are allowed to open from March 1st

KeyWe for consoles too – puzzle game will be released this...