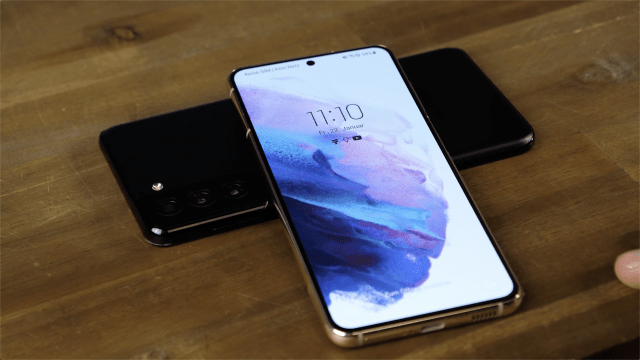 The battery of a cell phone is broken faster and faster – instead of replacing the battery, a new cell phone is usually bought. The federal government and the EU are currently discussing whether this should be regulated by law. Smartphone giant Samsung is now warning against placing too much trust in the replaceable batteries.

Who does not know it? The cell phone actually still works perfectly, but after two hours of playing, watching videos or making calls, the battery is empty. Replace battery? No, I can buy a new cell phone right away. And that’s right, the costs of having the battery replaced by a professional often exceed the cost of the actual cell phone.

The federal government formulated a draft of a reform of the Electrical Equipment Act, which, among other things, concerns the mandatory interchangeability of batteries. That was what a hearing in the Bundestag was about on Wednesday, as “heise” reported. However, manufacturers emphasize the disadvantages for consumers, safety and the environment. A shorter service life, more material consumption and improper disposal are not expedient.

Germany’s head of service at Samsung Electronics, Andreas Beck, explains: “We have to develop products specifically for Germans.” The exchangeability of batteries would make the devices “automatically a bit clunkier”. The consequence could be that consumers order fancier models abroad. It would also make the cell phones more prone to dirt and water damage because they couldn’t be sealed as well.

In his opinion, however, it is fundamentally safe: “Defective devices belong in professional hands, including when replacing batteries.” Other requirements would have to be made by the EU for reasons of practicability. He claims: “So far, consumers have not asked for self-repair.” The EU, the Federal Council and the Ministry of the Environment support the suggestion that batteries should be exchangeable.

But that is not going fast enough for the Naturschutzbund. “We need sustainable consumption”, including a right to repair, emphasizes Sascha Roth from NABU. Waiting for the EU would take too long. Some manufacturers already offer this service. He is not aware of any complaints from consumers about this.

The aim is to avoid waste

There are enough ways to avoid waste. A repair index with information on consumption could help, a bonus system for repairs or a deposit system for old batteries would be even better. If batteries simply end up in the garbage, this is a danger for the employees of disposal companies, since the systems often burn, said Herwart Wilms, managing director of the disposal company Remondis. Other batteries are being shipped illegally to Africa and Asia, which could be checked through better customs control. But batteries are not the only problem; software updates must also be offered on a long-term basis.

One of the ideas of the federal government is that all food retailers with a sales area of ​​over 800 square meters are obliged to take back the electrical appliances they sell. That would be around 25,000 new delivery points and thus a “huge burden”, as Benjamin Peter from the German Trade Association criticizes.

Holger Thärichen from the Association of Municipal Enterprises adds: Since hardly any consumer returns the electrical appliances they have bought on the Internet, online retailers should contribute financially to the take-back systems. But Peter is not convinced that this could work.

Corona in Munich: controls on Christmas Eve? Herrmann with a...

“The Vegetarian Butcher” for Austria’s freezer

Table tennis: Wels competes in CL with a children’s team

The “mole” ends his excavation project on Mars

iPhone 13: This DSLR function should be in all variants