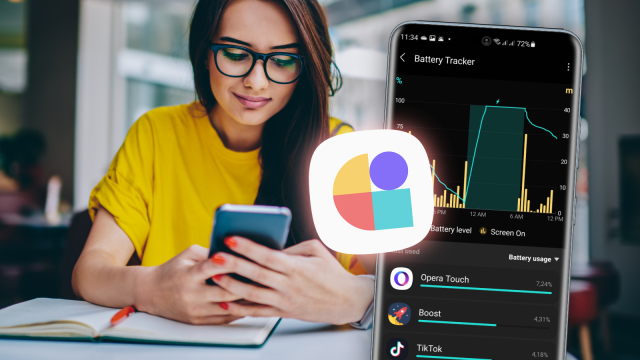 Battery constantly empty, mobile phone hot, apps not running – problems with the smartphone are annoying, but unfortunately common. If you have a Samsung device, you can use the almost unknown “Galaxy Labs” app. The app from Samsung bundles a lot of useful tools with which you can help your smartphone on the jumps.

It often only takes a few months for the first minor problems to appear on a frequently used smartphone. Sometimes the devices overheat every now and then, sometimes the battery no longer lasts all day, and broken apps often cause annoyance. But how do you find out about such evildoers?

Samsung has developed a smart app for users of its devices that helps with precisely such problems. The free Galaxy Labs app suite bundles a multitude of useful tools with which you can not only keep an eye on the battery, temperature and RAM, but also optimize your smartphone with ease.

If you have installed Galaxy Labs, you can then put together your own toolbox, because the app acts as a hub for various tools, which you can then load as you wish. The apps are all only a few MB in size and offer useful functions. However, depending on the Android version installed, not all of the apps are available for all devices.

The following applications are bundled in Galaxy Labs:

FC Bayern in luck – Hammerless for Gladbach and Leipzig

For the third time in a short time: Sahara dust in...

They invested everything in Bitcoin: This is how the “Bitcoin Family”...