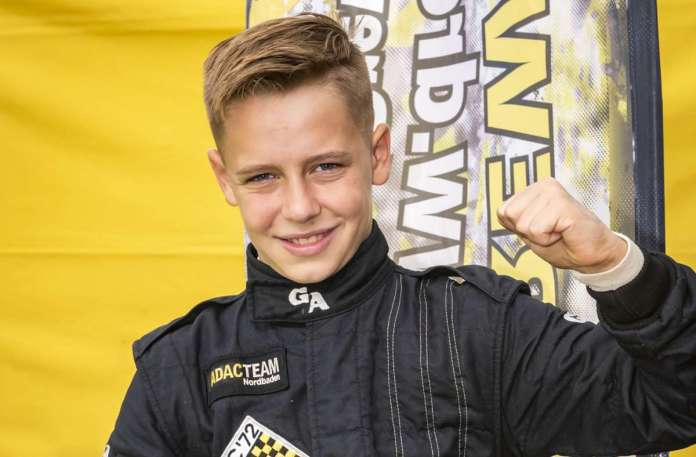 The 13-year-old Samuel Drews is nominated as a German starter for the international Cross Car Academy Trophy. The teenager from Leonberg has already made his first TV appearance.

Leonberg – Like a motorsport professional, Samuel Drews explains to the reporter how a car rally buggy works and what it can do. “It has 34 hp and a top speed of 130 km / h,” says the 13-year-old. The TV broadcaster Kika shot a report about teenagers’ hobbies, and the boy from Leonberg pursues a passion like few of his peers. Samuel Drews drives a car rally, he speeds over unpaved surfaces such as stubble fields or muddy slopes. “I enjoy that more than a circuit. I drove karting for four years and switched to car rallies when I was eleven, ”he says. His father Immanuel used to compete in national rallies, and Filius also wants to go in this direction. “My goal is,” he says, “to start later in the World Rally Championship or the World Rallycross Championship.”

The high school student is gifted. At the age of eleven he became German car rally champion in his age group in the premiere season, and has been in the youth squad of ADAC Nordbaden since 2019 – now he has reached a stage goal. The German Motorsport Association (DMSB) has nominated the eighth grader as the German representative for the Cross Car Academy Trophy of the World Automobile Federation (Fia). The junior series is based on the concept of the Fia Karting Academy Trophy, from which Formula 1 drivers such as Charles Leclerc, George Russell and Esteban Ocon emerged. “It’s cool to be a representative for Germany. It’s a great challenge and a great opportunity to compete against talent from all over the world, ”said a delighted Samuel Drews. In the series for young rally drivers, runs take place at five stations, in Germany the off-road youngsters compete against each other in Seelow. “I want to be at the front, maybe get on the podium,” he says, “and make a good impression.” Then maybe the next TV station will come soon.

Digital project for museums is extended

Prince William and Kate check out heroes of the crisis

Separation from his daughter’s mother

Ischgl fits because of Switzerland: Austria starts the ski season with...