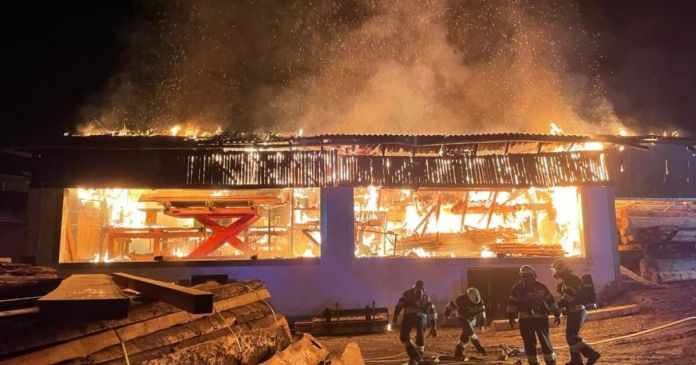 In the Styrian Deutschfeistritz (Graz-Umgebung district) a sawmill burned down on Wednesday night. The 300 square meter production hall was completely destroyed.

Around 100 firefighters from nine fire departments have been fighting the flames since 2.30 a.m. People were not harmed, and it was possible to prevent it from spreading to surrounding buildings.

The cause of the fire in the sawmill is unclear

A firefighter told the APA shortly after 5:00 a.m. that one was “out shortly before the fire” and was fighting embers. There are still no indications of the cause of the fire. When asked, there was no environmental pollution from toxic substances.

As a company spokeswoman for the APA confirmed in the morning, no wood was stored in the building. It was a machine shop, she emphasized. She was unable to provide any information on the amount of the damage.

Samuel Little: serial killer dies in the United States at the...

Beatsteaks: 25 years of band history: That was the worst experience

Prince Philip: A month in the hospital! That was the...