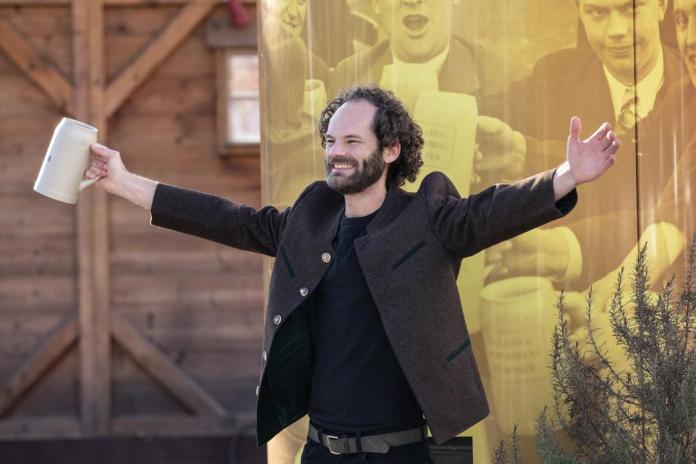 Much will be different this year, only one thing will remain the same: The politicians will pick up their watschn at the Nockherberg. Max Schafroth does not want to button them up one after the other at the politician-derblecken – this time it should be more intertwined, more scenic, more narrative and more musical. For example, Schafroth would like to address who the Corona made winners and who the virus made to lose.

“As morbid as that may sound, I think Jeff Bezos and Markus Söder can give each other high-five.” Maximilian Schafroth

Watschn for the Bavarian opposition

Schafroth could no longer hear or see the name Söder, as he had typed it into his laptop so often in the past few weeks. But his speech should not only be about the Prime Minister. Schafroth also wants to wipe off those who, in his opinion, went underground during the corona pandemic: the opposition. The opposition had “become a little too quiet” for him in the past twelve months.

Discussions would hardly have taken place in the state parliament, i.e. where the political representatives sit and work. Rather, the discussion was fought out in the media, through letters to the editor or through rebellion on the part of interest groups such as the Hotel and Restaurant Association (DEHOGA). “A quiet opposition is also a nice working material,” said Schafroth.

Particularly in moments when everyone pulls together, when everyone agrees, it is important “that there is a cross shot and the discussion is maintained”.

Walking the tightrope between humor and pandemic

Schafroth thought a lot about whether one should even joke about a pandemic. In his opinion, however, humor should not be lost in these times. The cabaret artist finds it important to hold on to traditions and rituals even in difficult times.

“To recognize the comic in the tragedy, that’s my job, it’s not always elegant and beautiful, but I think that if you lose your humor and forbid it, especially in times like this, people have almost nothing left . ” Maximilian Schafroth

The speech should also be curious, reveals Schafroth, because “we simply also live in curious times”.

Virtual Nockherberg “is a challenge and more difficult”

Maximilian Schafroth is giving his lent speech this evening in front of empty rows, but he did not want to give it without an audience. “How can you give a speech where nobody reacts? It’s like swimming without water.” For Schafroth it was important that the politicians could be observed live while they were being washed down.

“I can only say that my writing impulse is very strong when those who are involved have to listen and are seen,” he says. That is exactly what makes the Nockherberg so attractive. Nevertheless, the virtual Nockherberg will be “a challenge and more difficult than usual”.

Schafroth will miss the steamy atmosphere in the hall. Because, according to Schafroth, one longing will never replace one longing: Those who look for analogs – “talk, drink, laugh, with each other and not at a distance, you cannot replace that”. With or without a live audience: He feels ready: “I’m an overstretched bow and I want to finally shoot the arrow.”

Will there be new border controls soon due to Corona? ...