Comedy, breakdown show or drama – FC Schalke 04 does not give a good picture. But around the farce around Ralf Rangnick, the XXL bang could still follow. A comment.

Gelsenkirchen – FC Schalke 04 just cannot calm down. This has not only been the case since Ralf Rangnick (62) finally ended his S04. The Royal Blues have seen many dramas earlier, for example in the 1980s under the late “Sun King” Günter Eichberg. But now a staging could surpass all that, because the XXL bang is still to come, comments RUHR24 editor Marcel Witte.

FC Schalke 04: The S04 drama as a film-ready production since January 2020

Two Bundesliga victories, the resignation of Clemens Tönnies (64) as chairman of the supervisory board and CEO Peter Peters (58), four coach changes, the layoffs of Jochen Schneider (50) and other employees and finally the farce around Ralf Rangnick – the story of FC Schalke 04 would have had the material for one of the most dramatic sports documentaries of all time since January 2020.

With the retirement of Schalke supervisory board member Stefan Gesenhues (66) on Sunday (March 21), the next chapter came. It remains to be seen whether the staging that is ready for film will even come to an end. After all, stories about the S04 have been blockbusters for many years.

The mega zoff about the Rangnick plan at S04 would be just one of many chapters. Fans of other clubs may see the incident with the “miners” as a comedy. A “breakdown show” could not have portrayed the story better since January 2020.

But the division into the genre “Drama” would be more appropriate from the point of view of the S04 fans. And that could reach its climax at the general meeting of FC Schalke 04 with XXL explosives potential. The event on June 13th could top everything so far and would probably be a reason for an Oscar-worthy film on its own.

FC Schalke 04: Jens Buchta and the “secret group” in the main roles of the S04 drama

In the main roles: the chairman of the supervisory board Jens Buchta (57) and the “secret group” that Ralf Rangnick wanted to see as the sports director of FC Schalke 04 for five reasons.

The events since Friday (March 12th), when the name Ralf Rangnick was mentioned for the first time at a board meeting of FC Schalke 04 in connection with the post of sports director, fit perfectly into the plot of a dramaturgy. After the exposure, the beginning of the farce around the 62-year-old former S04 trainer, the development took its course.

FC Schalke 04: The possible return of Ralf Rangnick in the first act

First act: The group initially acted in secret and launched news about Ralf Rangnick’s return in the media. “We deliberately made everything public in order to generate pressure and achieve the best possible solution,” said group spokesman Ulrich Paetzel (49) on Wednesday (June 18) at a media talk.

Act two: FC Schalke 04 actually started negotiations with the former head of sports at Red Bull. Until Saturday morning (March 20th) everything seemed to be on the best path, so that the third act would have been called “Ralf Rangnick will be the new S04 sports director”. Instead, the heading was now: “Ralf Rangnick cancels the S04”.

FC Schalke 04: At the climax of the S04 drama comes the XXL bang

The drama, actually a rising plot to the climax, got a kink. Nevertheless, the deliberately provoked XXL bang should still follow.

An online petition should even enable an extraordinary general meeting to be held at an earlier point in time. In order to achieve this, at least ten percent of the club’s members (Schalke currently has around 160,000 members) must submit an application in writing – with the same concern. The petition is currently running under the name “Supervisory Board of FC Schalke 04: Buchta & Co. – step back”.

FC Schalke 04: The climax of the S04 drama could get an extra date

The petition had 7,800 supporters on Monday lunchtime. However, it is questionable whether all persons disclosed their membership data in order to ultimately actually be able to request an extraordinary general meeting in writing.

If the members are successful, there could be only one agenda according to the current status: elections to the supervisory board. The highlight of (almost) every general meeting and the dramaturgy at Schalke. The “secret group” has been working towards this in the past few weeks – even if they do not want to admit it publicly.

FC Schalke 04: The reorganization of the supervisory board and management board after the XXL bang

There could then also be changes in the board of S04 with a view to the two remaining board members Alexander Jobst (47 / Marketing) and Christina Rühl-Hamers (Finance). The board of directors appoints the board members with a majority of two thirds of the votes cast, according to the club’s statutes. A newly formed committee could appoint other people.

As RUHR24 knows, this XXL bang could have a big impact. Ralf Rangnick could take over the post as sports director of FC Schalke 04 – a reorganization of the supervisory board and the other board members in addition to the 62-year-old as a basic requirement.

FC Schalke 04: Before the drama has a “happy end”, there would initially only be losers

After the climax, the solution would follow in the drama. It would be a “happy ending” at FC Schalke 04 from the point of view of many fans who still want Ralf Rangnick at S04. With him, the new beginning in the 2nd division could be designed.

But until then, the royal blues will remain the loser, as in previous months. A victory on the pitch seems impossible and behind the scenes there shouldn’t be a winner until the general meeting.

FC Schalke 04 as “FC Hollywood”: The “secret group” on the “Walk of Shame”

FC Bayern Munich was once known as “FC Hollywood”. A title that would also go well with FC Schalke 04. On the way to Hollywood to bring the drama to an end, the “secret group” had to take the “Walk of Shame”. It remains to be seen whether this production will ultimately be crowned with an Oscar-worthy appearance with Ralf Rangnick – the climax will show in the coming weeks. 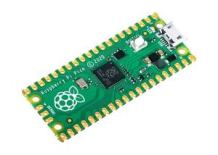 “Ever Given” still wedged: US Army offers help