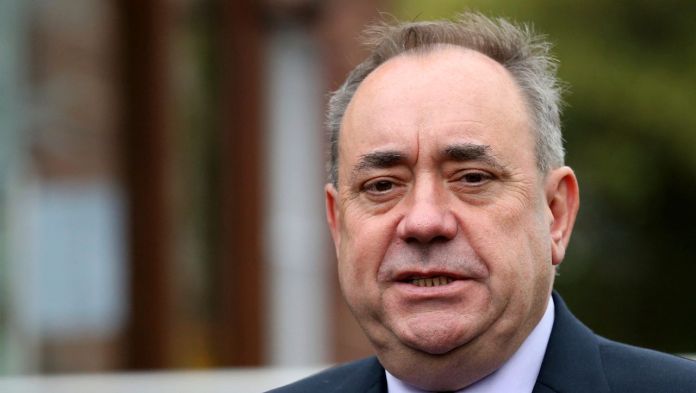 Just six weeks before the regional elections on May 6th, the political landscape of Scotland is moving: Former Prime Minister Alex Salmond wants to run a new party called Alba. Like the Scottish National Party (SNP), Alba is said to be campaigning for the country’s independence from Great Britain.
Salmond, who ruled Scotland from 2007 to 2014, left the SNP in 2018 after allegations of sexual harassment were made against him. He was later acquitted by a court.
He then raised serious allegations against his political foster daughter, the current Scottish Prime Minister Nicola Sturgeon. Sturgeon even had to face a vote of no confidence, but it won.
The SNP boss is hoping for an absolute majority in the regional election. This should increase the pressure on London to allow a second referendum on Scottish independence. In a first referendum in 2014, 55 percent were in favor of staying in the United Kingdom.
Salmond said he did not want to enter into direct competition with the SNP with his Alba party. They want to forego direct candidates. Instead, he hopes to get some members of the regional parliament in Edinburgh via regional lists. Both parties could then form a “super majority” for independence, says Salmond.

However, it is questionable whether this calculation will work. Despite Salmond’s assurances, Alba could dispute the SNP’s votes.

Coronavirus news blog: The pandemic and its consequences for Ostwestfalen-Lippe, Germany...

ICEHL: The Vienna Capitals win the derby against Bratislava

Only Pfizer is known abroad: Biontech – world famous only in...