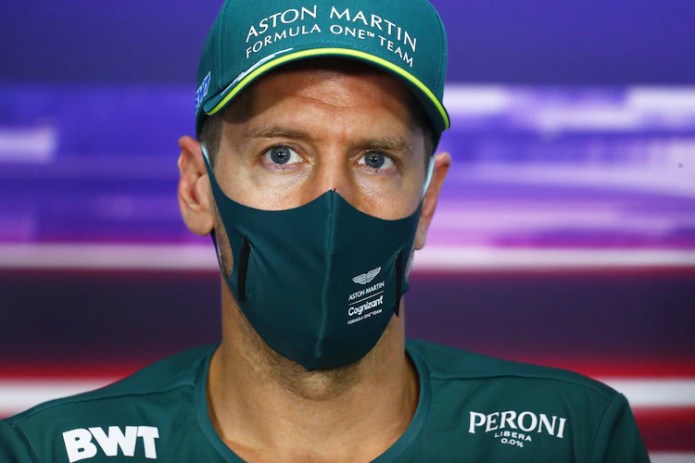 Mick Schumacher would almost be the best-placed German in Bahrain: Because Aston Martin driver Sebastian Vettel is only in 18th place, eight places behind his teammate Lance Stroll – a smack!

One of the big losers of this Bahrain final training: the four-time Formula 1 champion Sebastian Vettel in the Aston Martin. The 53-time GP winner was eliminated in the first qualifying segment, as 18th, on the saving 15th place for the entry into the second qualifying part, a good four tenths of a second were missing.

Vettel is only one place ahead of Mick Schumacher in the Haas Ferrari in the Bahrain GP, ​​behind Sebastian there are only the two Haas racers, the worst Formula 1 car. It got even worse for Vettel: His Canadian stable mate Lance Stroll made it into the top ten, finishing tenth.

The four-time Formula 1 world champion Vettel says: “It is obvious that the potential would have been there to drive significantly faster.”

But the Heppenheimer was unlucky twice: On the last attempt to work his way into the top 15, Sebastian found yellow flags in the first corner (Nikita Mazepin was turning), and then again when Carlos Sainz with a stuttering engine on the corner 8 rolled out (but was later able to restart its engine). Vettel is now suspected of delaying the yellow flags too little. In the case of Sainz, this could soon be invalidated. In the case of Mazepin, the race management requests Vettel to explain himself to them on Sunday lunchtime.

Vettel: “After these two yellow flags, there was no more chance to go around another lap. Unfortunately I can’t change it. But it’s annoying because the training was actually good. ”

When asked how high the panic factor is with such a bad starting position, Vettel said: “Would it help if I panic? Or if I were mad as hell? Of course I’m angry, but the whole thing wasn’t our fault and something like that has to be put away. ”

In the end, none of that mattered, but Vettel almost couldn’t have started his second fast lap. During his warm-up lap he had been overtaken by a number of opponents (including the later humming top Mazepin), and the Aston Martin crossed the finish line exactly one second before the checkered flag fell, in order to go on the all-important lap!

Conclusion by Vettel: “The whole thing is just regrettable because I notice that there is a lot more in the car. We had worked a lot on the set-up and it looked like it was starting to pay off. But in the end I couldn’t prove it. I will now have to find out in the race what our improvements are worth. It won’t be easy from back there, but the car is fast enough to make up places. “

VW Arteon is now available as a plug-in hybrid – engine