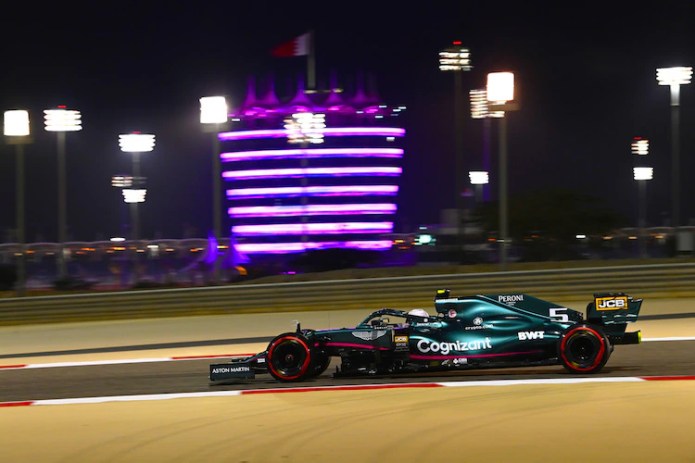 Big mail for Sebastian Vettel after qualifying for the Bahrain Grand Prix: the Aston Martin driver is accused of a yellow flag offense. That could mean last place on the grid.

While qualifying for the Bahrain Grand Prix was still in progress, a message from the race management flickered across the screens: The behavior of the drivers under the yellow flag would be investigated after the end of the qualification. What was it about? Carlos Sainz’s Ferrari had stopped at Turn 8, so the marshals waved the yellow flags (attention, danger!). Aston Martin drivers Sebastian Vettel, George Russell (Williams), Lance Stroll (Aston Martin) and Esteban Ocon (Alpine) were suspected of having slowed down too little.

On Saturday evening, the racing police officers Tim Mayer (USA), Richard Norbury (Great Britain), Emanuele Pirro (Italy) and Mazen Al-Hilli (Bahrain) gave the all-clear: all drivers had decelerated significantly at the critical point with the Sainz-Ferrari, so none Cause for punishment.

With that, everyone was convinced, the flag affair had gone up in smoke. But that was not the case: because later came a lot of mail from the race stewards. Sebastian Vettel is asked to explain himself to them. There were yellow flags not only at Sainz, but also previously because of Haas driver Nikita Mazepin, who had spun in the first corner. The Muscovite had overtaken Sebastian Vettel in the warm-up lap, both went on a fast lap. Vettel’s attempt to get out of Quali 1 failed because of Mazepin’s spin and then because of the yellow flag for Sainz.

The starting position before the hearing: Aston Martin and Vettel must be able to prove that the four-time champion slowed down appropriately at the first corner of a double waved yellow flag.

If the 53-time GP winner has not done that, the race stewards’ quartet will have no choice but to move Vettel from 18th to last place on the grid.

Burglar takes a shower in the home of Hollywood star Johnny...