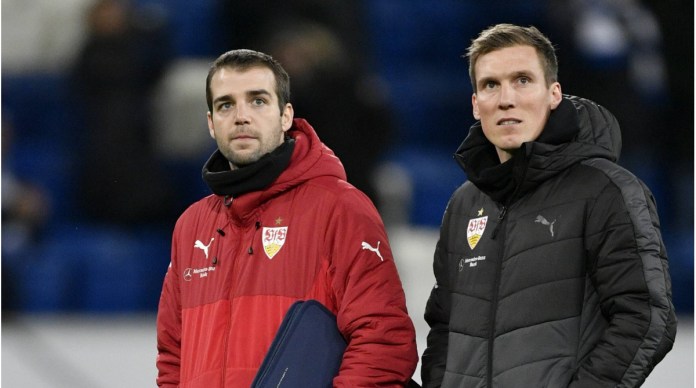 Bayer Leverkusen’s new loan coach Hannes Wolf has taken on a second assistant coach alongside Peter Hermann. Miguel Moreira, with whom the successor to the dismissed coach Peter Bosz, who was presented on Tuesday, worked together in the offspring of Borussia Dortmund, at VfB Stuttgart and KRC Genk.

After leaving Belgium, Moreira has been looking after the BVB U17s since January. There his contract only ran until the end of the season. It has not been made known whether there is an agreement with the Black-Yellows and a contract extension for Moreira, based on the loan model with which Wolf came from the DFB to Bayer. Regarding Wolf and Herrmann, who were employed in the U18 and U19 national team, the DFB had emphasized that both coaches are expected back in the summer. Bayer Leverkusen, on the other hand, had indicated chances of a longer commitment.

In addition to the fact that Wolf and Moreira have known each other for years, Bayer Sports Director Simon Rolfes emphasized that the new assistant coach “speaks fluent Portuguese, Spanish, French and English in addition to German” – “a big plus in multicultural professional football. We are sure that Miguel will make a major contribution to the successful end of the current Bundesliga season. “

# Bayer04 has for the staff of the new head coach Hannes Wolf another assistant coach signed up: Miguel Moreira changes with immediate effect from the U17 Borussia Dortmunds under BayerKreuz.

Corona pandemic in Germany: the government’s lockdown plans in detail –...

The risks of invasive ventilation