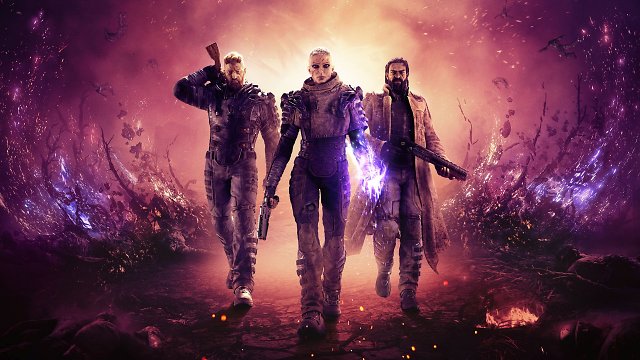 March 22, 2021 at 12:41 pm
from Michael Miskulin –
With the second update for the Outriders demo, the developers have now fixed an annoying inventory bug. Players could lose their entire inventory including items and legendary weapons. Affected players can now contact the developers to get their lost items back.

The demo for the loot shooter Outriders has received its second update, which has now fixed an annoying bug. This bug caused a number of players to complain about missing equipment in their inventory. It even went so far that sometimes the entire inventory disappeared completely. With that, the hard-earned legendary weapons were gone, which is of course very annoying – even if it’s just a demo.

Outriders players can get lost legendary items back

The People Can Fly development studio announced via Twitter that they could identify and fix the problem. The second update for the Outriders demo has been available for download since last week. On the Playstation 4, the update is only around 220 MB in size. The fix actually came into the demo on March 15th. With the second update for the players, further fixes could be introduced so that the inventory is not emptied again. Anyone who has lost their items after March 16 can register via the Outriders subreddit or via Twitter contact the developers.

Outriders: Player plays demo almost 17 hours a dayOutriders players should contact the developers in particular if they have already lost legendary items. The developers of People Can Fly should be able to restore them. The team has already drawn up a small roadmap for this purpose. The restoration of the lost items should take place on an event day. The specific date has not yet been set. But it should take place before the release day of the Outriders full version on April 1st. Unfortunately, items with a rarity level lower than “Legendary” will be lost.

Advertising: Order Outriders now from Amazon
Recommended editorial contentHere you will find external content from [PLATTFORM]. To protect your personal data, external integrations are only displayed if you confirm this by clicking on “Load all external content”:

PCGH Plus: A contemporary gaming monitor is equipped with a three-digit and, above all, variable frame rate. A little tuning is required so that this harmonizes with the frame rate of the graphics card. The article comes from PC Games Hardware 01/2020.
more …

Vaccination chaos in Germany: the discouragement of those in power is...

Wien Energie built 26 megawatts of PV capacity in the previous...

‘There is no excuse’: bad testimony for England’s football

Bundesliga: Rapid reaches for the fifth victory in a row

International – Ter Stegen shines on penalties: Barca in the Supercup...