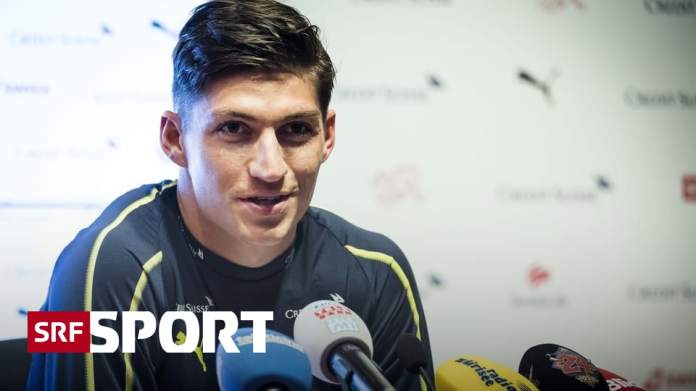 Steven Zuber often has to watch in Frankfurt. In the national team, on the other hand, the 29-year-old is built on.


When it comes to naming the players who have played the most for the national team since the 2018 World Cup, the names of Granit Xhaka, Ricardo Rodriguez or Yann Sommer are almost taken for granted. Only the biggest number nerds know that Steven Zuber is behind this.

Most national team games since the 2018 World Cup

Quietly, quietly and secretly, the 29-year-old has blossomed into an indispensable asset under Vladimir Petkovic. Zuber showed that he is right on the field against Bulgaria, not least when he stood with a wonderful through pass at the origin of the 2nd Swiss goal. It is not at all taken for granted that the Zürcher is so brilliant.

Of course it’s cool that my name is there.

At Frankfurt, his club in the Bundesliga, the winger is currently mostly a reservist: “It’s not easy to only play 10 minutes at a time if you always train well and get good feedback. But the team’s success is in the foreground, so I have to cut back on that, ”he says in a more relaxed manner.

Set in the national team, not at Frankfurt

Of course, he feels that he is not fully in the rhythm of the game. “Anyone who has ever been a professional knows that it makes a difference whether you play every weekend or not.” He just has to work more on himself besides the games to be up to date. After all, “I can’t be ‘dead’ after 60 minutes just because I don’t play often.”

The Zubers stage is therefore more often called the “national team” at the moment. And the 29-year-old was even able to look forward to a goal against the Bulgarians – at least according to the official statistics of Uefa. Zuber himself had seen Xherdan Shaqiri’s 3-0 finish over the line. “But of course it’s cool that my name is there. I just shot the ball over the line, Remo Freuler and Xherdan did the work. “

Harmony as the key to success

It is this respect for each other and the solidarity in the team that emphasizes the Zuber as the greatest strength of the current national team before the game against Lithuania on Sunday in St. Gallen. “We also harmonize on the pitch. Although we castle often, the processes are well saved. “

You can follow the second game of the Swiss national team in the World Cup qualification against Lithuania live on SRF zwei on Sunday from 20:20.

Zuber and his colleagues want to provide the next proof of this as early as next Sunday. Then the next 3 points should come against Lithuania in the World Cup qualifying – and in the personal statistics of Zubers game number 19 since the World Cup 2018.

Joy on Heligoland: More than 500 gray seals have been born

The snowmen are coming – BZ Berlin