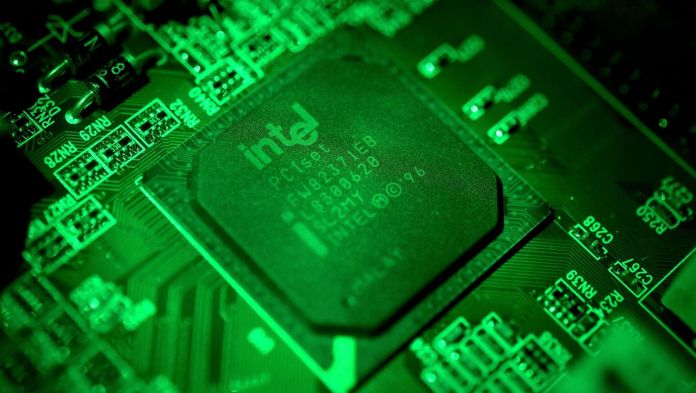 In the midst of a global semiconductor shortage, the chip giant Intel has announced the expansion of its production capacities. With the billions in investments, the group, which has recently come under increasing pressure from competitors, wants to find its way back to its old strength.
On the one hand, the group wants to build two new factories in the US state of Arizona, as announced by the new boss Pat Gelsinger. On the other hand, Intel also wants to produce chips for others as a contract manufacturer. An independent business unit was set up for this purpose. Gelsinger said it would take “a few years” to expand.
At the same time, Intel intends to become more involved as a contract manufacturer in the production of its own processors. Gelsinger affirmed, however, that a large part of the Intel chips should continue to be manufactured in in-house factories. He made his first strategic decision to expand production. Among other things, investors were also talking about the fact that Intel should instead rely on contract manufacturers.
Because Intel, long the undisputed market leader in processors for personal computers, had recently come under pressure. On the one hand, there were setbacks with the introduction of Intel chips with structure widths of 7 nanometers. The smaller the structure widths, the more transistors fit on the same area and the more efficient the chips are. Leading contract manufacturers like TSMC already have the 7 nanometer process under control. Among other things, the Intel competitor AMD has benefited from this recently. Intel emphasizes that the problems have now been resolved. The company’s 7-nanometer chips are expected to hit the market in 2023.
In addition, Apple is currently converting its Mac computers from Intel chips to processors developed in-house. They are based on the architecture of the chip designer Arm, which is also used on the iPhone and other smartphones. The first Macs with the in-house M1 chips were praised for their longer battery life, among other things.

Intel recently countered the positive reaction to the Apple chips with a TV ad campaign aimed at highlighting the advantages of its processors – and hired actor Justin Long, who once advertised Macs, to do so. Gelsinger now emphasized that Intel would also offer itself as a contract manufacturer for Apple.

For the two new factories in Arizona alone, investments are expected to amount to around 20 billion dollars (currently around 16.9 billion euros). In the next few months, the expansion of capacities in Europe should also be announced, said Gelsinger. The semiconductor bottlenecks in the Corona crisis have recently become a problem for the automotive industry, among others – missing components caused production interruptions at several manufacturers.

TV review “Anne Will”: Zero Covid strategy – and the fear...

Winter sports resorts in Bavaria complain about the tourist rush –...

The number of deaths per day has reached new records

Fewer corona deaths: is vaccination already paying off in Germany? ...