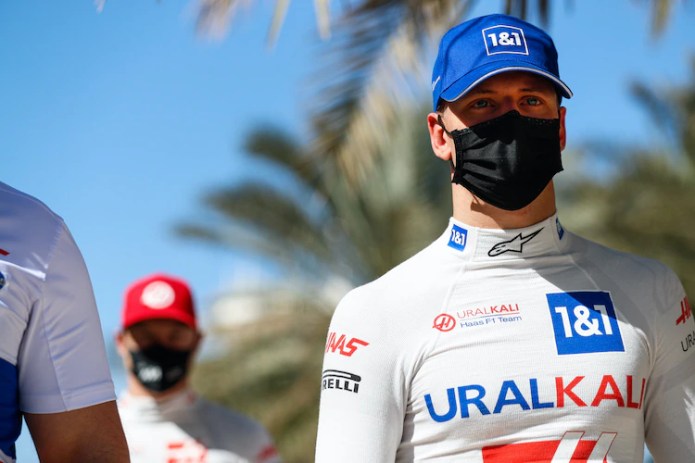 From Friday, Andrea Schlager, Andreas Gröbl, Nico Hülkenberg and Christian Klien will be working for ServusTV: The Salzburg broadcaster will be showing the start of Formula 1 from Bahrain live and exclusively on Austrian free TV.

For seven years in a row, Mercedes raced to the world championship title in Formula 1 almost unchallenged. In the 2021 season, however, high tension should return, expects ServusTV expert Christian Klien: “The teams have moved closer together, the gaps are becoming closer. And Red Bull Racing is at eye level. ” ServusTV starts its Formula 1 commitment by broadcasting the opening weekend live from Bahrain from Friday to Sunday.

ServusTV expert Christian Klien is certain that the ServusTV debut year for four-wheelers will be very promising for Austria from a sporting point of view: “Red Bull Racing is as strong as it has been since the 2013 World Cup. The tests were convincing and the season is well prepared. And the rather minor rule changes actually suit the team. ”

The 49-time Grand Prix participant explains that aerodynamic cuts should slow the racing cars by around ten percent: “The cornering speed was already so high that the Pirelli tires had problems. But due to the rapid development, the cars are almost as fast as before. ” Nevertheless: “Especially in the upper midfield it will get closer to the point.”

In contrast to the red-white-red challengers, the pre-season tests in Bahrain did not go exactly as desired for Mercedes and defending champion Lewis Hamilton. Klien does not recognize an alarm signal: “You were struggling with the vehicle balance, the rear axle was restless. But I think they make good use of the two weeks between tests and races. “

The 38-year-old does not want to subscribe to the fact that the winter tests, which were very short this time, had little meaning. “Of course, there is less to be read from three days of testing than in previous years. But you can see very well who was constant and problem-free, who was in the long runs and who was fast on a lap. “

The ServusTV expert estimates Ferrari to be significantly more competitive again after the disaster year 2020. “In the engine sector, things should have gone a lot further, the top speed deficit no longer exists. But you won’t be able to keep up with Mercedes and Red Bull Racing. “

With its many long straights, the Bahrain International Circuit has always been considered a Mercedes track where engine performance matters. The Swabians can no longer count on this advantage, according to the Vorarlberg resident: “The Ferrari and Honda engines have caught up in this area. In Bahrain, you also need good traction, which Red Bull Racing can offer in the first place. ” Klien’s winning tip for the start: “Max Verstappen.”

At its live premiere, ServusTV asks Haas driver Mick Schumacher for a discussion about the racing action. In addition, ServusTV expert Nico Hülkenberg accompanies title contender Max Verstappen during his medical check in Thalgau in an exclusive article and also has his own engine checked at the same time.

Moderator Andrea Schlager and expert Christian Klien report directly from the pit lane of the Bahrain International Circuit with the latest information, mood reports and interviews, commentator Andreas Gröbl and expert Nico Hülkenberg guide you through the broadcast from the brand new Formula 1 high-tech studio in Salzburg .

The new Formula 1 studio was designed by Stuart Veech – from the renowned international design company Veech x Veech based in Vienna. “This studio opens up new dimensions for Formula 1 fans because it enables a completely new type of presentation,” explains Stuart Veech. He worked on the project for nine months. The result is unique: “There is no comparable sports TV studio in Europe!” Not only the live broadcast, but also the new motorsport magazine “Speed”, from April 18 on every Sunday from 7.30 p.m. on ServusTV, will be broadcast from the new high-tech studio.

Pierre Cardin is dead – the fashion designer was 98 years...

Sentenced in the USA: Head of the Istanbul Stock Exchange resigns

Snow and slippery roads expected in Berlin and Brandenburg – BZ...

Youssoufa Moukoko can hope for the starting XI