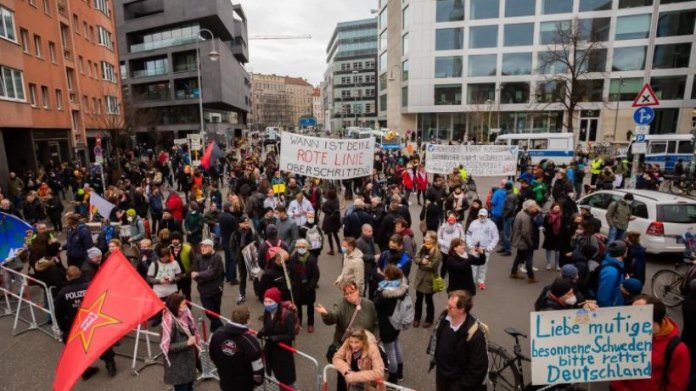 Berlin. During a demonstration against the corona rules in Berlin on Sunday, the police discovered various violations. A spokeswoman for the police said that hygiene intervals were often not observed despite being asked to do so. The personal details of some of the participants were recorded. According to the police, several hundred people wanted to move to Rosa-Luxemburg-Platz. The organizer had already declared the elevator to be over in Chausseestrasse, said the spokeswoman. Smaller groups flocked to the square anyway. The police were present there. Officials have asked people several times to adhere to the corona rules. This has often not been done.

79 young people and 37 children are missing