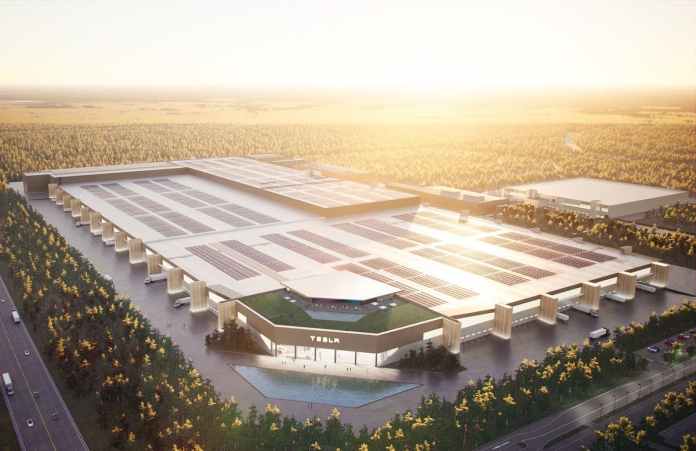 Tesla technoking Elon Musk does not agree with the reporting of the ZDF in the form of the news magazine Frontal21 – to say the least. At ZDF one should be ashamed, tweeted Musk.

The ZDF magazine Frontal21 provided the stumbling block with its contribution “Turbo, Tempo, Tesla – Elon Musk in Brandenburg”. Among other things, the conflict over the water consumption of the Tesla plant, which has been simmering for months, was discussed.

The head of the Strausberg-Erkner water association, André Bähler, had a say. He is of the opinion that the drinking water supply is “sacrificed on the table of gifts of economic policy”. The Tesla-friendly blog Tesmanian picked up on this statement and called it the FUD campaign.

Despite the FUD from German news outlets, Tesla Giga Berlin 🇩🇪 & Surrounding Area Will Have No Problems with Water Supply at All Stages of Expansion!!! Tesla GigaBerlin @elonmusk https://t.co/UppwncSa9o

In any case, the term Musk seems to have literally triggered. So he put a surprised angry “Wow, ashamed, ZDF Info” on his favorite medium, Twitter.

Hi @elonmusk ! We would be happy to interview you! And to give you the chance to explain why the gigafactory Berlin is so environmentally sound. @Tesmanian_com @teslamag @EvaFoxU @flcnhvy @MEDIA @RND_de @ZDFpresse

The reaction could not suppress a critical undertone when she asked Musk to explain in the interview, “why the Gigafactory Berlin so is environmentally friendly “. Frontal21 caused some resentment on Twitter.

Questionable blogs and online armies: Deutschlandfunk and ZDF have their own theory

Deutschlandfunk jumped at the ZDF colleagues and declared in a long article entitled “That is why Elon Musk criticizes ZDF” that it was not the media that should be criticized, but Tesla’s communication strategy. It is no longer based on its own PR department, but on a “questionable blog scene”. Then the article brings a few examples of this “questionable blog scene”, which, however, should hardly appear questionable to people who deal more intensively with the subject of Tesla.

Frontal21 editor Manka Heise seconded that one had learned from journalists from the USA that there were real “online armies that take over the defense work and information policy for Elon Musk”.

Tesla’s likely water usage has been debated for months

In terms of content, the question is how much water the new Tesla plant in Grünheide will use for the construction of electric cars and the associated batteries. Tesla denies that there will be restrictions on drinking water due to its own water requirements. To this end, the company has obtained expert opinions.

Tesla boss Musk does not want to know anything about possible problems either: “Basically, we are not in a very dry region. Trees would not grow if there was no water. ”And adds that after all, Grünheide is“ not in the desert ”.

Tesla is assuming a maximum water consumption of 1.4 million cubic meters per year when the production capacity of 500,000 vehicles is fully utilized. In fact, it can be assumed that consumption will be much lower. That is definitely plausible as long as the capacity limits are not reached, which is initially unlikely.

ZDF author Manka Heise confirmed to Deutschlandfunk that she wanted to interview Musk. It would be “a celebration for the editorial team to speak to him personally,” said Heise. However, there is no reason for shame.

Did Nikolaus Okonkwo not get a previous role because of skin...

Coronavirus: The number of new infections continues to fall

Bild.Macht.Germany on Amazon Prime Video: Is the series worth it?