Sharon Osbourne has hosted “The Talk” since 2010, and is now leaving the show after making racist comments. You have shown behavior that does not match the beliefs of the broadcaster.

Sharon Osbourne is leaving the CBS entertainment show “The Talk”. According to a statement by the broadcaster, she “decided” to leave the show. “The events of the March 10th show were very troubling to everyone, including the audience at home.” As part of the investigation, it was concluded that “Sharon’s behavior towards her co-moderators during the March 10th episode was inconsistent with our values ​​for a respectful workplace,” it continues unequivocally. But what actually happened on the show that day?

“That Makes Me a Racist”

Speaking on that show over two weeks ago, Osbourne said she felt like she was “about to be put on the electric chair because I have a friend who a lot of people think is racist and he does.” turned me into a racist “.

The Briton was referring to the former British breakfast television presenter Piers Morgan, with whom she once sat on the jury of “America’s Got Talent”. After the sensational interview with Duchess Meghan and Prince Harry at the beginning of the month, he said on his show that he didn’t believe her “a word” – and then also lost his job. This was not the first verbal attack against the Duchess of Sussex.

Sender now wants to work on itself

CBS now further explains in its statement that, among other things, the magazine “People” is available that no evidence has been found that executives of the station staged the discussion or took the presenter by surprise. Yet he does not shirk responsibility. “At the same time, we acknowledge that the broadcaster and studio teams, as well as the showrunners, are responsible for what happened during the show, as it was clear that the co-hosts were not properly prepared by the staff for a complex and sensitive discussion of race issues were. ”

CBS has also announced how things will continue: During the week-long break, workshops, roundtables and training on equality, inclusion and cultural awareness will be held for the moderators, producers and the crew. “For the future we plan to improve the production staff and production processes in order to better serve the moderators, the production and ultimately our viewers”, so the promise. The talk show “The Talk” is paused and will return on April 12, according to reports.

World Beyond? The guessing game is over

A photographer who took a picture of the Milky Way for...

Volksbanks want to help clubs financially in the Corona year 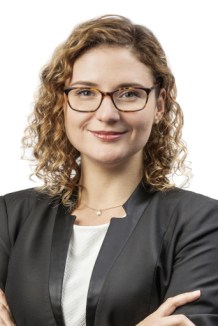