In a rare TV appearance, the controversial filmmaker denied, among other things, that he had sexually abused his then seven-year-old adopted daughter Dylan Farrow.

The first major video interview with Woody Allen (85) was broadcast on Sunday after almost thirty years. It was recorded last July in Manhattan at the controversial star director’s home – months before the publication of “Allen v. Farrow », a documentary series that addresses Allen’s alleged sexual abuse against his adopted daughter Dylan Farrow (35). We have summarized the most important statements from the filmmaker’s rare TV appearance.

The American has protested his innocence since the first allegations of ill-treatment against Allen in 1992 – and continues to do so. “It’s so absurd – and yet the slander has remained,” said Allen in an interview with CBS presenter Lee Cowan (55). “Nothing I’ve ever supposedly done to Dylan can be construed as sexual violence.”

Are you or is someone you know has been subjected to sexual, domestic, psychological or other violence?

According to Allen, the allegations are “not logical”. He was never accused of abuse for 57 years – until the custody battle with Farrow. “On the face of it, I didn’t think there was any need for an investigation,” says Allen. He also sees his current family as proof of his innocence.

“They leave someone they think is a pedophile, not two little girls,” said Allen about his two adoptive daughters, whom he adopted with his wife Soon-Yi Previn (50) and are now in their twenties. He also emphasizes that his previous partners, with the exception of his current wife, have always been “age-appropriate”.

“She was a good child”

He has not spoken to Dylan since the allegations. However, he states in the interview that he would like to contact her.

“The most natural thing in the world”

In the interview, Allen also spoke about his controversial marriage to Soon-Yi, also the adopted daughter of his ex-girlfriend Mia Farrow. When their relationship became public in 1992, Soon-Yi was 21 years old. Allen claims to have had “no interest” in her at the beginning. But in the end my relationship with the “deepest relationship in my life” developed.

When asked if he ever thought the relationship was inappropriate, Allen replies, “No, there never was a moment when it wasn’t the most natural thing in the world. It didn’t unsettle me because the relationship with Soon-Yi came about gradually. It wasn’t like I went out with her one evening and kissed her. “

“Should never be a marital relationship”

“In all the years I was with Mia, I never slept in her house,” claims Allen of his ten-year relationship with his ex, adding: “It should never be a marital relationship. After a while it became a relationship of comfort. “

The American found out that her partner had a relationship with her daughter when she found nude photos of Soon-Yi on Allen. “You found out before we were ready,” says the director. “The last thing we wanted was to hurt someone’s feelings.”

In recent years, several Hollywood stars have distanced themselves from Allen, including Kate Winslet (45), Colin Firth (60) and Timothée Chalamet (25). The filmmaker thinks: “You mean well – but you are foolish.” He explains: “You are prosecuting a completely innocent person and thus making this lie possible.” Still, he says that in the end, he doesn’t care what other people think of him.

That is why oil prices are continuing to soar – their... 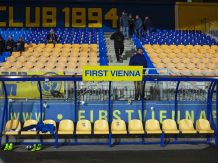