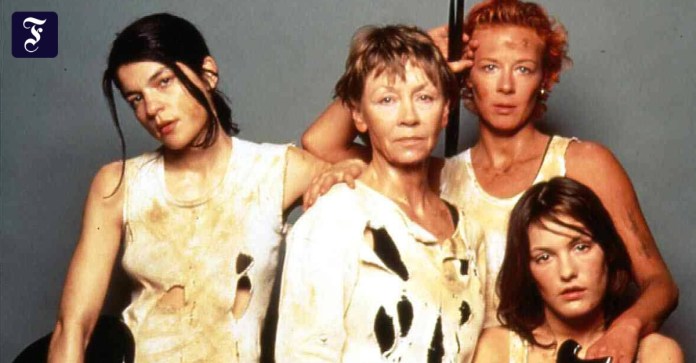 WHow good a young talent is can be seen in direct comparison with the greatest of his art. Jutta Hoffmann never shied away from appearances that exposed her to such situations. Her acting talent especially shines when she measures herself with others. She sets the smallest accents against exaggeration and loud gestures by her colleagues. When she is Adele Schopenhauer in the Thomas Mann film “Lotte in Weimar” (1974), for example, the camera always stays with her for a second longer in the thick of costumes, as if she were hypnotized by this face, which is so completely in the The role rests so that even the twitch of an eyebrow says more than twenty lines of monologue.

But she proves that she can do it too when she steps into Lotte’s room with a bouquet of flowers and fires a speech in which one asks oneself which breathing technique this woman is using. And because director Egon Günther Mann’s humor wanted to work out, Hoffmann gives her Adele a little roll of the eyes, which at the same time mocks the long monologue without falling out of the role. Especially opposite Lilli Palmer, who could be won as a western star for the main role of the Defa film, shows that Hoffmann plays differently. Director Günther enthused: “Jutta had a completely different acting quality than Lilli Palmer, who was committed to the répétiteur stuff.” Hoffmann, on the other hand, raised the level, challenged Palmer.

Hoffmann, born in Halle / Saale in 1941, recognized her talent early on. In interviews, she emphasizes that she has always wanted to be an actress. After studying at the Potsdam / Babelsberg Film School, she went to the Maxim Gorki Theater in Berlin. But she didn’t like the productions of the artistic director Maxim Valentin, what she said in his face. She left the theater firmly believing that her talent would help her to find new roles. She was lucky, and the collaboration with Egon Günther followed, which not only encouraged her to “get involved in the role and step out of it at the same time,” a technique that she perfected from then on, he also gave her leading roles in the Arnold-Zweig -Film adaptation of “Young Woman from 1914” (1969) and in “The Third” (1971), in which, as a single mathematician, she seeks fulfillment in her job and in love. A year later, the Venice Film Festival honored her as best actress.

The beginning of the end as an actress in the GDR was her appearance in August Strindberg’s “Fräulein Julie” at the Berliner Ensemble in 1975. Artistic director Ruth Berghaus hired Einar Schleef and BK Tragelehn to direct, they staged the chamber play about class differences and the gender struggle with “beat” music, instead of suicide, Julie ended up fleeing. Hoffmann climbed from the stage into the stalls and walked over the arms and heads of the audience. It was later interpreted as a metaphorical escape from the republic. The fact is, the piece was canceled after ten sold out performances. Hoffmann’s break with the GDR came a year later when she protested against Wolf Biermann’s expatriation. The role offers in the GDR were thin, but she was allowed to work in the West.

She played at the Volksbühne in West Berlin, under Dieter Dorn in Salzburg, worked with Peter Zadek at the Deutsches Schauspielhaus Hamburg, shot with Alexander Kluge and returned to television in 1999 as Wanda Rosenbaum’s investigator. That she never forgot her Brecht, she showed again in 1997 in the prison break film “Bandits”, where she can be seen next to Katja Riemann and Jasmin Tabatabai. Here, too, she plays much more gently, much more naturally than her colleagues, and again magnetically catches the camera. In the most impressive scene of the film, she quotes the love song from Brecht’s “Threepenny Opera” and shines as brightly as the moon she sings about over Soho. Today she is 80 years old. 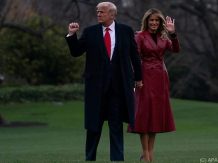 Sensational find in Israel: Bible fragments discovered in a cave