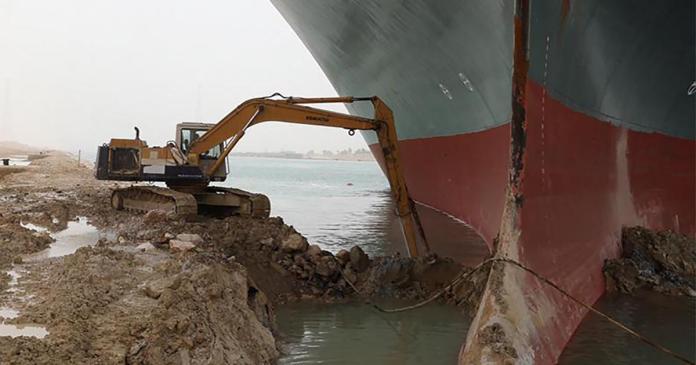 Can you manage to free the “Ever Given” from their predicament with the bulldozer?
The huge container ship “Ever Given” is still standing sideways. It is in the Suez Canal, blocking the important shipping route between Asia and Europe.

Previous efforts to free the ship have failed. After all, the predicament of “Ever Given” makes for a number of memes. Especially the small excavator, which braces itself against the huge ship in a David versus Goliath situation, provides amusement.

You can now experience for yourself whether the situation is just as funny from the excavator’s point of view – at least virtually. Eric Wilder has published a browser game in which you control a bulldozer. The goal: to get the “Ever Given” free.

The game itself is more than an interactive meme. It has a Game Boy look and is an allusion to the early Pokemon games on Nintendo’s handheld.

The game can be played in the browser on the PC or notebook and on the smartphone. You have to tap “Run Game” on your mobile phone beforehand. Whether you can really win the game, as one user writes in the comments, is questionable.

Commerce – Stuttgart – BWIHK: Corona strategy that does not make...

DHL, Deutsche Post and DPD: be careful! Customs warns against...