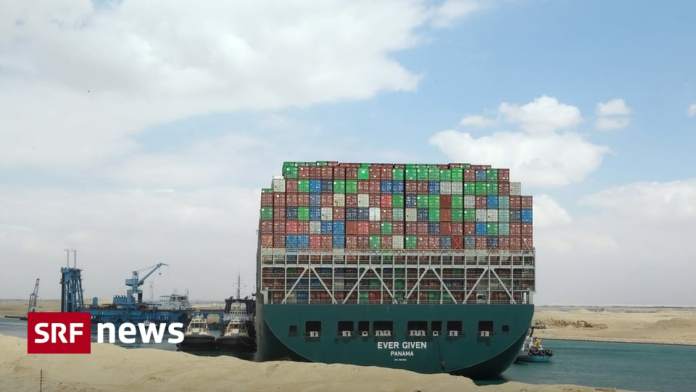 Nothing has been going on in the world’s most important lake road for days. What does this mean for the price of oil and essential goods?


What happened? The “Ever Given” has been stuck since Tuesday. The 400 meter long container ship of the Taiwanese shipping company Evergreen ran aground because the captain had poor visibility due to a sand storm. Since then, nothing has happened in the Suez Canal, almost 300 ships are waiting to be able to continue.

Why is the Suez Canal so important? Around 30 percent of the world’s container volume and around twelve percent of all goods are shipped through the 193-kilometer-long bottleneck that connects the Red Sea with the Mediterranean. According to the Suez Canal Authority, almost 19,000 ships passed through the canal in 2020, an average of around 50 a day. According to analysts, they transport goods worth up to ten billion dollars every day.

For which goods is the route important? Especially for the transport of oil and liquid gas from the Middle East to Europe. In relation to the global oil trade, however, according to experts, this is only 4.4 percent.

What does the blockade mean for world trade? A persistent blockade of the canal costs six to ten billion US dollars every week, according to a study by Allianz. The German industry association BDI explains that the 6000-kilometer diversion of shipping traffic via South Africa and the Cape of Good Hope is extremely expensive due to the volatile oil prices and the one week longer transport time.

Are oil and petrol now becoming more expensive in Switzerland? According to the fuel association Avenergy, the blockade is unlikely to have any impact on the supply of oil and petrol in Switzerland. Switzerland is a small consumer and is mainly supplied with heating oil and fuels from refineries along the Rhine and from the Amsterdam, Rotterdam and Antwerp areas. The stocks are large enough.

And other important goods? The Federal Office for National Economic Supply (BWL) does not assume any bottlenecks in the supply of essential goods.

Which other goods for Switzerland are affected? At Migros it was said that it imported a very broad product portfolio from China. Numerous canned goods such as pineapples come from Thailand, while furniture and textiles are obtained from Vietnam and India. Migros spokesman Marcel Schlatter reassures us: “We are currently not assuming any supply problems. There are enough goods in stock in Switzerland. “

The blocked container ship “Ever Given” could disrupt worldwide shipping traffic between the Mediterranean and the Red Sea for a long time. The “Ever Given” is 400 meters long and sails for the Taiwanese shipping company Evergreen, whose lettering is emblazoned on the ship. 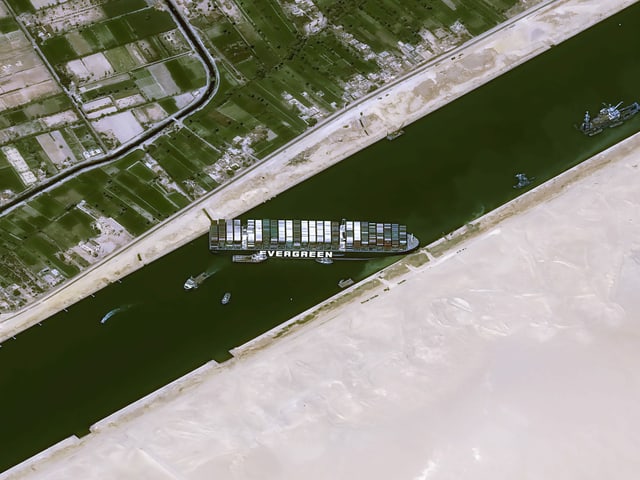 Satellite images show the predicament of the giant ship in the Suez Canal. 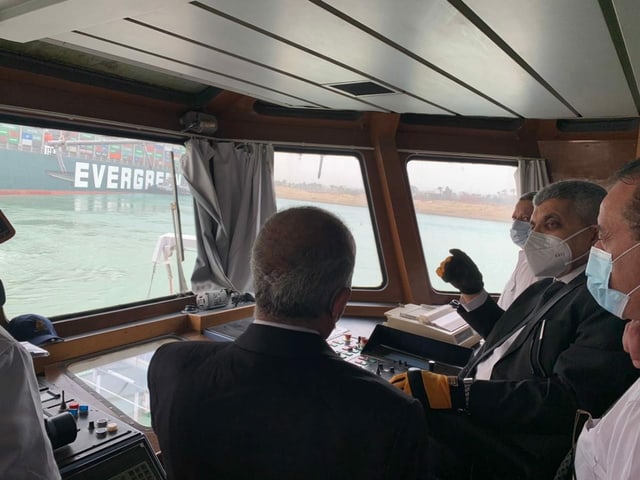 Members of the Suez Canal authorities examine the accident and discuss how to proceed. The container ship is to be pulled back into the correct fairway with several tugs. 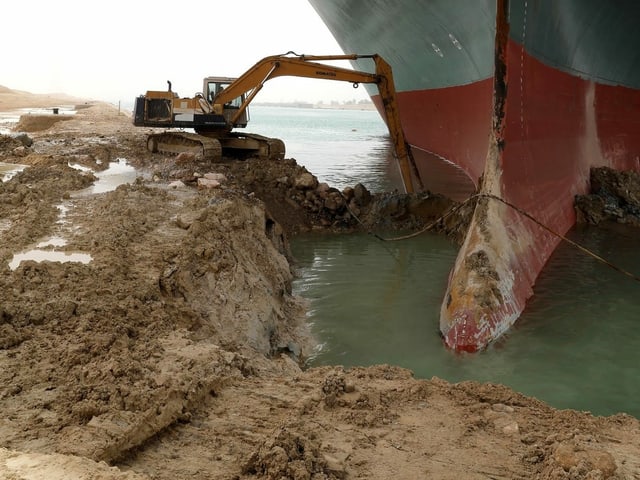 This picture went around the world: A single dredger is trying to dig the huge ship some way clear. 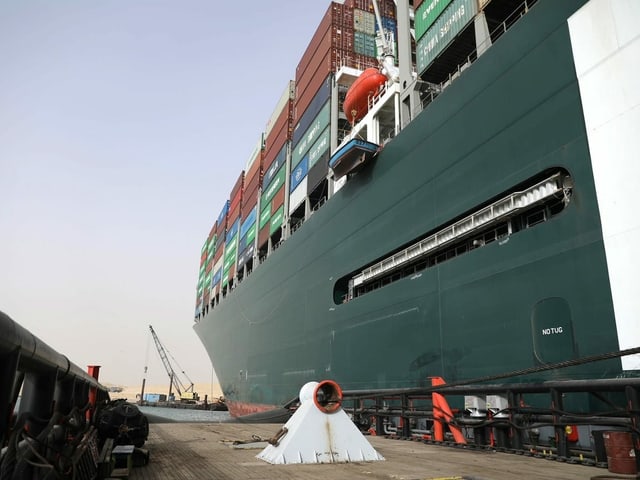 The photo made available by the Suez Canal Authority shows the “Ever Given”, which is connected to the rope of a tugboat. 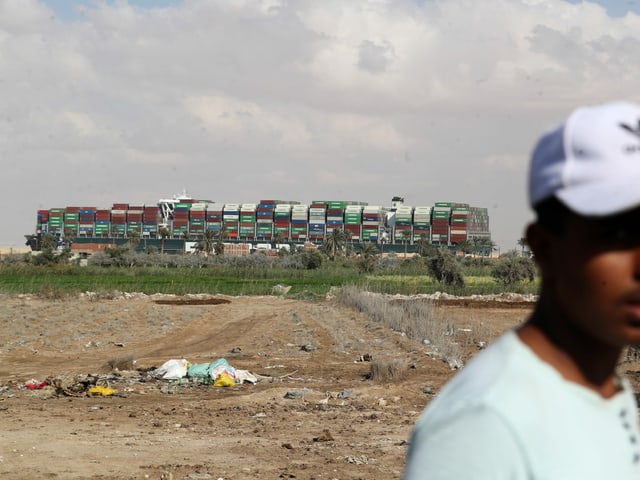 The “Ever Given” seen from the banks of the Suez Canal, two days after the accident. 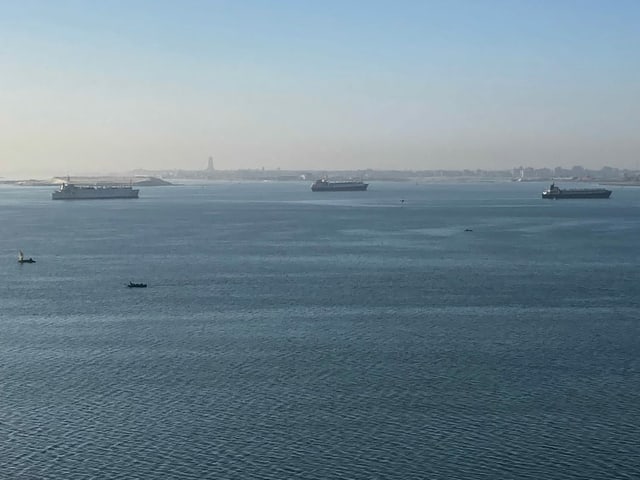 Ships have anchored halfway through the Suez Canal because they cannot continue. A total of around 300 cargo ships are waiting to continue their journey.

Are Swiss companies directly affected by the blockade? Yes, for example the world’s largest logistics company Kuehne + Nagel based in Schindellegi. According to a company spokesman, around 19,000 standard containers (roughly equivalent to the load of a large container ship) are currently waiting on behalf of Kuehne + Nagel on various cargo ships around the Suez Canal.

What’s next? So far, ten tugs have tried to free the “Ever Given”, one of the largest cargo ships in the world. According to the Suez Canal Authority, a dredger is also in the process of sucking up 15,000 to 20,000 cubic meters of sand to expose the freighter – without any progress. The ship may need to be unloaded to reduce its weight.

When will the Suez Canal be free again? The experts disagree: the recovery could take days or weeks. A spokesman for the owner company Shoei Kisen Kaisha said they wanted to try to get the container ship afloat on Saturday. Otherwise, it is planned to use two more tugs on Sunday.

MSK (The Rascalz) debut in the Dusty Rhodes Classic

Commerzbank sets aside EUR 610 million for restructuring in the fourth...

Lara Gut-Behrami defeats Mikaela Shiffrin in a hundredth of a second...

Anschober: Around 30,000 people should be vaccinated by the end of...