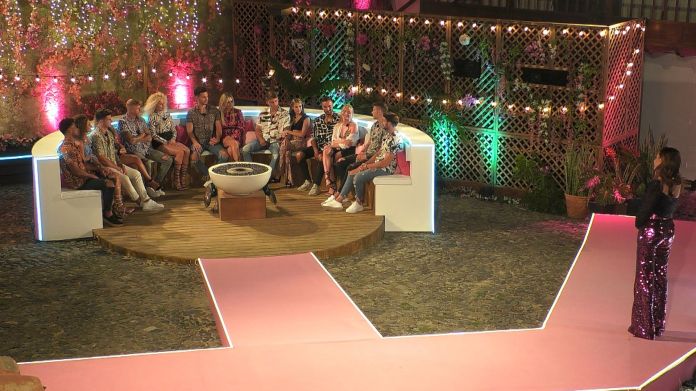 Will one of these couples actually win in the end? Love Island is entering the final sprint – the grand finale will take place in just a few days. But now there was another mating ceremony – this time it was the turn of the women and they were allowed to ally with the islander of their choice. These are the couples who have now come together!

Most of the viewers will probably have expected Nicole’s selection: Namely, she chose her partner Dennis. “You showed me that I don’t have to be afraid,” enthused the blonde. Julia was looking forward to continuing to walk together with Amadu. Not surprisingly, Greta’s choice was also not made: she chose Fynn again. Except for a short interruption, the two lovebirds were almost permanently coupled with each other: “You just give me the security and I feel so comfortable with you.” Find Emma chose grenade Chris, with which she is apparently pretty much on the same wavelength.

The next episode will show which islanders the other women will choose. Bianca’s choice should be particularly exciting – Currently the brunette is actually couple with the muscle man Paco, but recently admitted that ex-flirt Adriano still gives her butterflies in her stomach.

Coman raves about Musiala: “He is very, very good and has...

A2 near Bielefeld: Tire crashes through the car window and lands...

Trier after the rampage: a damaged city

Sliding door opens on A30: Drunk man falls out of a...