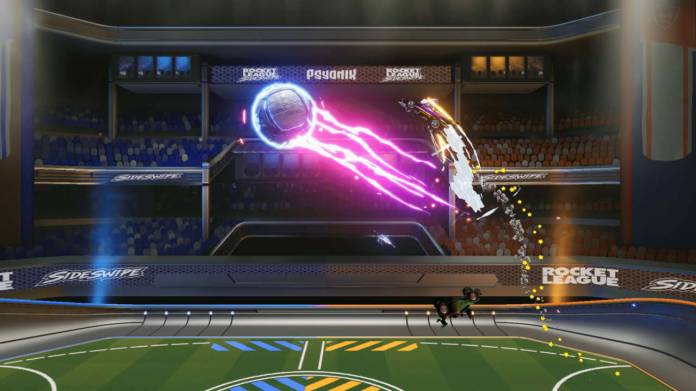 There are three things you can rely on at Rocket League: After each round there is a winner as there is no tie; every match is over after five minutes if there is no extra time; and it will probably never appear on Stadia. Epic, who completely took over the developer Psyonix in 2019, the platform is simply too small for that.

Anyone who wants to play the fast-paced Auto-Ball-Polo on the go has so far been dependent on a Nintendo Switch. Obviously, that should change in the future. Rocket League: Sideswipe will be released this year, as the developers have now announced. Many of the mechanics of the original were adopted, but adapted to the smaller smartphone screens.

The controls should be easy to learn for experienced Rocket League players, but also for newbies. I could imagine that a smartphone controller would be particularly useful here. After all, people prefer to play Rocket League with a gamepad rather than a mouse and keyboard on the PC.

Personally, I am particularly pleased that there will be a ranked system. The developer also announces another core element of the main game, because hardly any game can do without cosmetic content these days.

While the game should in principle be playable for free, the money is then brought back in via skins, stickers and the like. There is no exact release date yet, there is only talk of the “coming months”.

To be honest, I didn’t expect such a game and since I currently spend most of my time in Rocket League because of the high casual factor, I’m all the more curious to see how the extraordinary gameplay concept will transfer to the smartphone.

Criminal investigations against confidants of Navalny

Victory for Glasner and Wolfsburg as a chance for Bayern

Mel Gibson: How he experienced his Covid disease – Panorama

Coronavirus: Highest incidence value since the outbreak of the pandemic