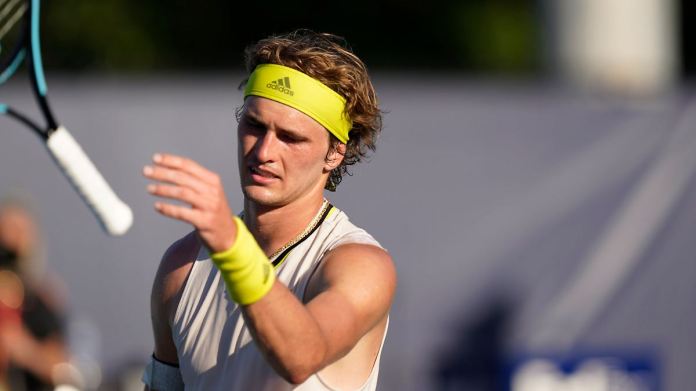 Alexander Zverev has only just won the tennis tournament in Acapulco, and he has already suffered a bitter bankruptcy. The 23-year-old does not want to accept that, laments, smashes his racket and is far from serenity. After his kick-off in Miami, he leaves without an explanation.
Germany’s top player Alexander Zverev surprisingly failed at the first ATP Masters of the year in Miami. Five days after his first tournament win of the season in Acapulco, the third-placed Hamburger defeated the Finn Emil Ruusuvuori 6-1, 3: 6, 1: 6 in the second round.

Zverev played consistently at the beginning and took the world rankings 83. directly from the first two service games. “I don’t know how I turned this match myself,” said the amazed Ruusuvuori, number 83 in the world, after the biggest win of his career.

In the second sentence, however, the 23-year-old from Hamburg lost the thread. After the break to 2: 3, his racket had to believe when Zverev angrily thundered him on the hard court. In the third set, Zverev looked tired, allowed the Finn’s game to be forced on him more and more and produced many avoidable errors.

Zverev did not comment after the defeat, almost in a hurry, he left the Hard Rock Stadium, where he only lost in the final against John Isner (USA) in 2018. Where Zverev starts the clay court season is open, the tournaments in Marrakech / Morocco, Marbella / Spain and Cagliari / Italy will be available from April 5th.

Meanwhile, Jan-Lennard Struff has reached the third round in Miami. The Warsteiner prevailed 6: 3, 6: 4 against the Lithuanian Ricardas Berankis in his opening match. For Struff it was the second victory in the past six matches. In the round of the last 32, the 30-year-old meets the Spaniard Roberto Bautista Agut (No. 7). For Yannick Hanfmann, however, the second round was the end of the line. The 29-year-old, number 108 in the world, lost to 14 seeded Russian Karen Khachanov after 71 minutes with 3: 6, 2: 6.

The fate of Vienna Austria will be decided in the next...