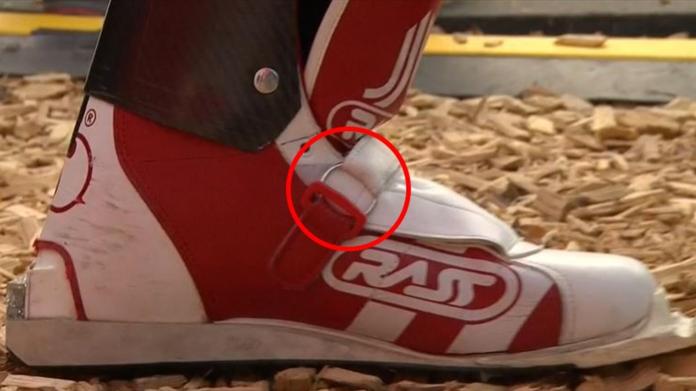 “Crazy, crazy – we let the athletes jump on a 240-meter hill with key rings. Nobody is allowed to see that – unbelievable. All lawyers at this point: Listen! We can only be happy that nothing happened,” he said former German national coach Werner Schuster stunned, but also had understanding for his former protégé:

“Of course it’s difficult: if he says he can’t compete, he’s out of the competition. So from a practical point of view he’s right. You can do it that way and he’s not the first and not the last to do it hat. In this sense: hats off! “

Incidentally, according to Schuster, Geiger need not fear a subsequent disqualification due to irregular material.

Schuster defends construction: “That is of course compliant with the rules”

“It’s all about strength and safety. The ring was attached as a kind of Velcro fastener. The athletes are extremely sensitive and if he hadn’t had it, he wouldn’t have been able to fly. He brought this key ring. That is naturally compliant with the rules, “emphasized the Eurosport expert.

Against all odds, Geiger secured his third win of the season on Friday after finishing third the day before.

“The jump was wonderful, I felt comfortable in the flight. I am always happy to jump in Planica”, Geiger explained and added with a wink on “ZDF” regarding his shoe construction: “It works quite well, I think about whether I should let it. “

You might also be interested in: Pointner exclusive: This is how the most common mistakes happen in ski flying

Pointner exclusively on Tande-Fall: “That is the danger of ski flying”

Virologist: Entry tests are only meaningful for one day

Merkel wants to tip Mallorca vacation because of Corona – Justice...

“DSDS”: Just in time for the semifinals – Dieter Bohlen finally...

Austria says goodbye to the preliminary round of the World Cup...