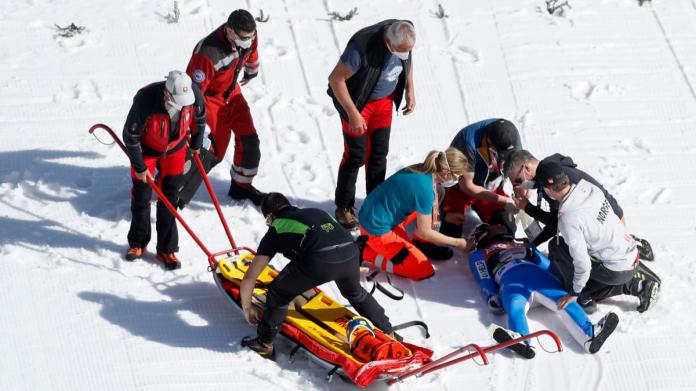 “When he wakes up, of course we’re a little scared”

After his serious fall in Planica, Daniel André Tande is to be brought out of the coma. The Norwegian team doctor makes a statement. Two days after the accident, chaos reigns at the ski jumping hill, allegations are loud.

Dhe seriously fallen Norwegian ski jumper Daniel André Tande is still in an artificial coma, but should be slowly woken up over the course of Saturday. “Everything is going as planned”, the team doctor of the Norwegian ski jumpers, Guri Ranum Ekås, was quoted in a statement from the national ski association on Saturday morning.

Stable body functions, a good response to treatment and satisfactory new examinations the evening before meant that he could gradually be brought out of the coma. Tande will continue to be treated in the university hospital in Ljubljana, Norway’s sports director Clas Brede Braathen will be with him.

Braathen was also confident. “It looks very promising,” he said on ZDF and praised the support given to his athlete. However, he also said: “Before we are quite sure when he wakes up, of course we are a little scared.”

The 27-year-old Tande hit the slope violently on Thursday while ski flying in Planica in the trial run. So far, he has been diagnosed with a broken collarbone and a slight puncture of the lungs. He was placed in an artificial coma in the hospital in the Slovenian capital. Norway’s national coach Alexander Stöckl told the German Press Agency that it is currently assumed that he will not suffer any long-term damage.

“I am very confused about the decision of the jury”

Meanwhile, chaos reigns on the hill. After Tande’s fall on Thursday and the breakup at halftime the next day, strong gusts on Saturday did not even allow a complete first run in team flying. Out of concern for the health of his athletes, national coach Stefan Horngacher had taken the day’s winner Karl Geiger as well as Markus Eisenbichler and their teammates out of the competition even before the official jury decision.

Norway’s national coach Alexander Stöckl found clear words. “I’m very confused about the jury’s decision today,” he said. From the Austrian’s point of view, the competition management had tried too long to somehow pull off the jumping despite the long waiting times on the hill. “You could have taken a break earlier,” he said during the first break in the competition, which was only later stopped. His jumper Marius Lindvik had been outside for a long time before it was his turn. “They tried to let every athlete down in this little window, and that is actually irresponsible,” said Stoeckl.

Even two days later, the ski jumping world is still under the impression of Tande’s accident. “The fall of Tande is still in everyone’s bones,” said Horngacher when he justified the withdrawal of his team. Geiger explained with reference to his coach: “If he says it doesn’t work, then we know: it really doesn’t work.”

Horngacher also got support from Horst Hüttel. “We had a really bad fall here two days ago. I don’t understand why you have to take it to the extreme, ”said the German team manager, before the jury reached a final decision.

McDonald’s is making a smaller community because of Viennese portions

Barnier: EU will never “sacrifice its future” for Brexit deal 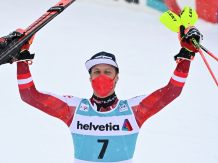 Tipico Bundesliga: This is the schedule for the 2020/21 finals