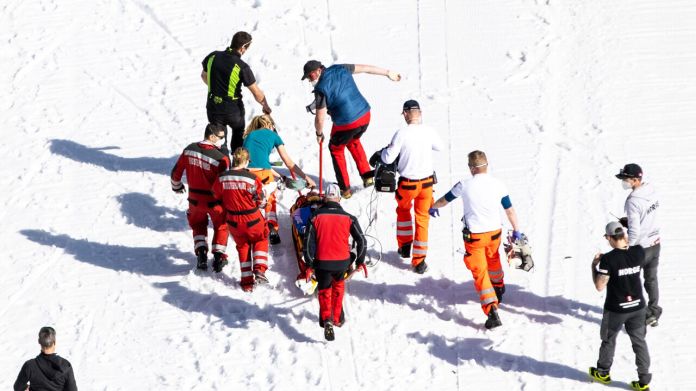 After his serious fall while ski flying in Planica, Daniel Andre Tande is slowly being brought out of his artificial coma.

The wake-up process started on Saturday, but it is a time-consuming process, said the Norwegian Ski Association on Sunday.

The 27-year-old will continue to be treated in the university hospital in Ljubljana, Norway’s sports director Clas Brede Braathen was with him while he woke up.

“The situation with Daniel is stable”, explained the team doctor of the Norwegian ski jumper, Guri Ranum Ekas. Follow-up examinations were made to ensure the best possible recovery process from the coma. “There is no drama associated with the process,” the doctor from the ski association was quoted as saying.

Tande hit the slope violently in the trial run during ski flying in Planica on Thursday. He has previously been diagnosed with a broken collarbone and a slight puncture of the lungs.

He was placed in an artificial coma in the hospital in the Slovenian capital. Norway’s national coach Alexander Stöckl had told the German press agency that it is currently assumed that he will not suffer any long-term damage.

Curfew, obligation to work from home: what measures are imminent

Night of riot in Stuttgart: a wanted man turns himself in...

Emergency landing at Leipzig / Halle Airport: the loading door of...

Corona drug from AstraZeneca: immediate protective effect? Cocktail made from...