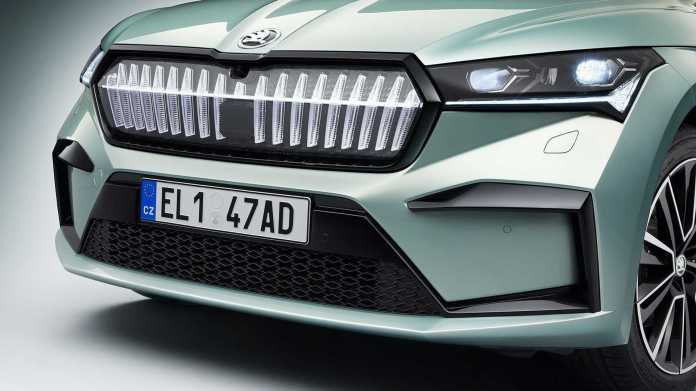 As soon as a car company or its brands look back on their annual balance sheet, things get interesting. And not so much with regard to the economic key figures, but because the bosses usually announce in person what model policy is being planned for the current year. It is now the same with Skoda.

There, CEO Thomas Schäfer gave an outlook on new models at the annual press conference. And that’s not all: Schäfer is even looking ahead to 2023. So what can we expect from Skoda?

We have some fantastic new products in the pipeline, says Schäfer. The first is the European market launch of the electric SUV (and brother of the VW ID.4) Enyaq iV: Due to the high demand, production capacities are increased to up to 350 units per day. The world premiere of the Enyaq iV Coupé is also coming up soon. Quote Schäfer: “Our second, highly attractive, all-electric car based on the MEB platform.”

The Kodiaq facelift will be unveiled in mid-April 2021, and the world premiere of the new Fabia generation is scheduled for May. A Combi version has also already been decided, but not until 2023. Until then, the existing Fabia Combi will be kept fresh, possibly with a facelift. But this point is still pure speculation.

The engine range of the new Fabia, which we were allowed to drive as a prototype, is already known. It ranges from the 1.0 liter suction gasoline engine with 65 hp to the 1.5 TSI with 150 hp. At the same time, the Fabia will grow significantly to 4.11 meters in the future.

Not only the Kodiaq gets a facelift, but also the smaller Karoq. That makes sense, after all, its technology brother, the VW Tiguan, was thoroughly revised as early as 2020. In addition, the extended Octavia Pro will be launched in China and the Kushaq will be launched in India.

At the end of last year, the company also made important strategic decisions in order to successfully continue its growth path: The next generation of the Skoda Superb is to be developed alongside the new VW Passat in Mladá Boleslav from 2023 and built at the Volkswagen plant in Bratislava.

This will free up capacities for more than 150,000 vehicles at the Skoda plant in Kvasiny. The additional capacities will be used for additional quantities of the popular SUV models as well as for the successor to the Fabia Combi. It was also decided that Kodiaq production would remain at the Kvasiny plant.

With the “NEXT LEVEL SKODA” program for the future, the company is focusing on three main areas: Firstly, expanding the model portfolio in the direction of entry-level segments. The aim is to add an entry-level variant to each of the existing model series in order to address an even broader target group.

At the same time, the company is sticking to models such as the new generation of the Fabia Combi. On the other hand, Skoda is opening up new markets for further growth in the volume segment. In addition to Russia and North Africa, the company is also exploring opportunities in the ASEAN region.

Liechtenstein: restaurants and bars are allowed to reopen – coronavirus –

Hamburg: Attack in front of the synagogue – investigators consider the...

Meghan and Harry: There was no secret wedding! – Royals

PS5 at Media Markt and Saturn: is the PS5 cheaper thanks...