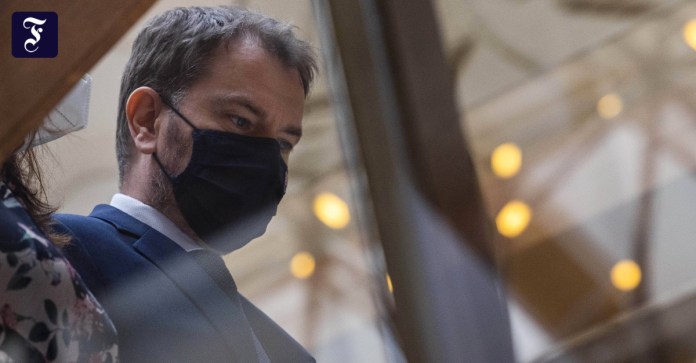 The dispute over the corona policy has plunged the Slovak government into a serious crisis. Prime Minister Igor Matovic is now announcing his resignation. The current Minister of Finance is to be the successor in office.

Dhe Slovak Prime Minister Igor Matovic surprisingly announced on Sunday that he would be stepping down in favor of Finance Minister Eduard Heger. He himself will take over its function.

The change at the top of the government was announced jointly in Bratislava after deliberations between the party leaders of three of the four coalition parties.

The approval of the liberal Freedom and Solidarity SaS party was still open in the evening. Their party leader Richard Sulik resigned as Minister of Economics and Vice Prime Minister on Tuesday.

The three other governing parties have a narrow parliamentary majority even without SaS. The four-party coalition got into a serious crisis in the dispute over the corona policy.

Michael Novak explains Feldhofer anger: This is how the disembarkation went...

Lucid Motors goes public and is worth $ 24 billion

Back to the big wide world after Brexit