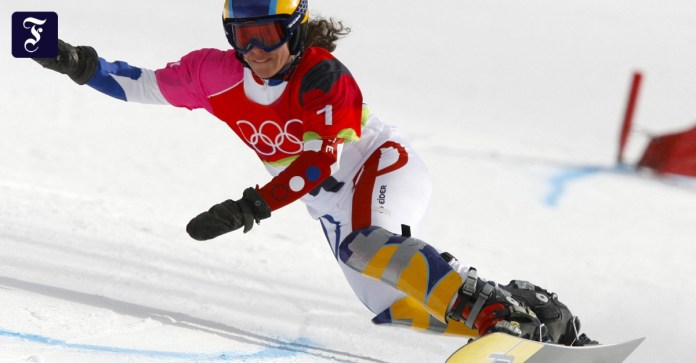 Former snowboard world champion Julie Pomagalski died at the age of 40. She was caught by a slab of snow and “completely buried”.

Dhe former snowboard world champion Julie Pomagalski died on Tuesday in an avalanche in Switzerland. This was confirmed by the French National Olympic Committee (CNOSF) on Wednesday. The 40-year-old Pomagalski was one of a group of four freeriders who was surprised by a slab of snow on the 2961 meter high Gemsstock near Andermatt in the canton of Uri. This has been resolved for reasons that are still unclear, said the local police.

Pomagalski was world champion in snowboard cross 1999 and overall world cup winner 2004 in this discipline as well as Olympic participant in 2002 and 2006. According to the authorities, she and another member of the group were “completely buried”. A third person was able to break free and suffered only “minor” injuries. The second fatality is allegedly Bruno Putelli, a renowned mountain guide from the former Olympic town of Albertville / France.

The Gemsstock south of Andermatt is extremely popular with freeriders because of its steep, snowy slopes. A freerider had already triggered an avalanche there on Friday.

Menopause: 5 Reasons Why CBD Can Help You Through Menopause

Jan Hofer and other stars are dancing

Corona: radius of movement around Berlin – what is allowed and...