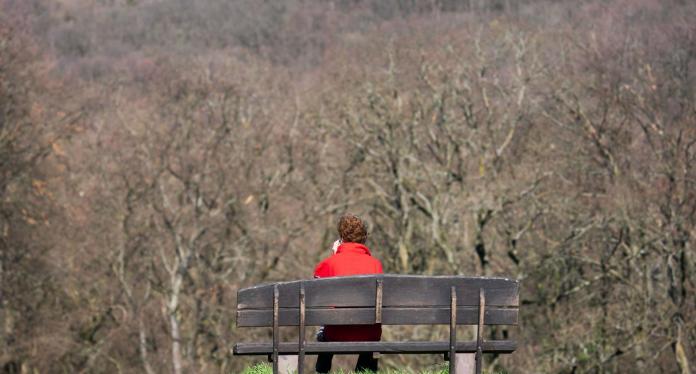 A year of leaden sleep

The corona virus has given us several anniversaries in the past few weeks. But no date has changed our lives as much as March 22, 2020. On this Sunday, the first lockdown came into effect, forcing the country to a crippling calm.

Monika, the nice dog owner next door, remembers March 22nd exactly one year ago. “Nothing has changed my view of Corona as much as this day,” she says. All of a sudden it became clear to the mid-sixties on this sunny spring day that the life in which she had so far come to terms well with her dog alone was going to experience a major change.

In order to slow the spread of the virus, the first nationwide lockdown was declared in Berlin. Start on March 22nd, 2020. Schools, shops, theaters and many other public institutions had already closed at this time. But because the number of infections continued to rise, the federal government felt compelled to take another step. From now on, no one was allowed to leave his apartment without good reason. In addition, contact with people outside of your own household should be avoided as far as possible.

No more meetings and empty streets

For Monika Hellinger, the retired teacher from Karlsruhe, the lockdown broke the small remainder of everyday life that had remained with her until then. All the little habits and cherished rituals that meant so much to her as a single fell away: “My weekly bridge round could no longer take place, and neither could my yoga group. The Saturday coffee with my clique at the market had to be canceled and all meetings with other people, ”she recalls.

The walks with the dog Malu offered Monika the only change in those days – and even those were strange. “I’ve never seen the streets so empty. It was really scary, especially in the evening. ”

Corona has given us quite a few anniversaries in the past few weeks. The first infected person was reported in Germany on January 27, 2020, and the first case in Baden-Württemberg was on February 25. The corona virus hit the country particularly hard in mid-March.

The number of deaths doubled, and public life visibly weakened, whereupon the federal and state governments decided for the first time to close shops and cancel church services and meetings. The schools and daycare centers in Baden-Württemberg closed on March 16, 2020, as did the borders with neighboring countries France, Austria, Luxembourg, Switzerland and Denmark.

So much has happened in such a short time that the lockdown that finally paralyzed public life is hardly worth remembering. But with the introduction of the contact blocks, cafes, pubs and restaurants were also closed. All service companies such as hairdressers also had to close their doors. It had grown quieter week after week until March 21st. The next day the country finally sank into a leaden sleep.

After all, the people here were spared the strict curfews that France and Italy had long since imposed. The representatives of the federal and state governments had agreed on a lockdown. A – by definition – “temporary condition imposed by government agencies in which people should stay in their homes and refrain from or limit activities outside the home that involve public contact,” the dictionary says.

“Only distance is an expression of care,” the Chancellor swore the nation on the evening of March 18 in a TV address about what was about to happen. Specifically: From now on, only two people were allowed to be outdoors together in the whole country. There were only exceptions for families.

Visits to the doctor, shopping, getting some fresh air, doing sports on your own and other outdoor activities were still allowed as long as the minimum distance of 1.5 meters was maintained and no more than two people or a family were involved. For millions of Germans, this first officially ordered lockdown also meant that work would in future be done from the home office.

Initially, the reduction in social contacts should be limited to two weeks. On April 15, however, Chancellor Merkel announced that the ban on contact would be extended until the beginning of May. “The situation is serious and open,” Merkel said at the beginning of the first lockdown.

How true. After the number of infections rose dramatically again in autumn 2020, the government ordered a partial lockdown at the beginning of November, which again brought contact restrictions and even a night curfew with it. The shops had to close again in mid-December.

Monika Hellinger has now stopped struggling with the virus and the constantly changing regulations. “The first lockdown was really tough at the beginning. But you get used to everything, and I firmly believe that once the majority of people are vaccinated, everything will be back to normal, ”she says.

“In the end the best team again”

Kolink Rocket v2: Version 2 of the Mini-ITX creates space for...

Corona in Great Britain: New variant more contagious and “out of...

How the lockdown will be extended and what easing will come...