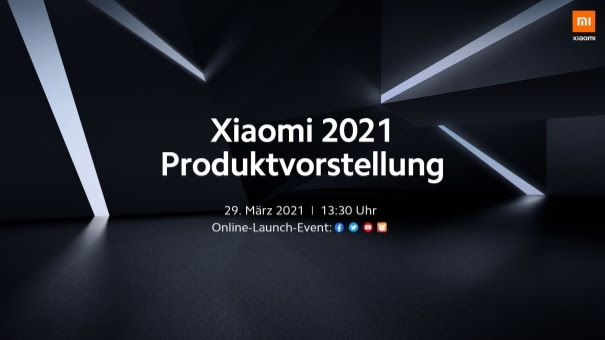 Tonight the time has come: Xiaomi promises a “mega launch”. In addition to new smartphones, ecosystem products are also to be shown – also for the local market. When it comes to smartphones, the Mi 11 Lite is considered to be set, which will certainly also hit this country. Xiaomi shows the event from 1:30 p.m. in a live stream, which can be followed, among other things, via Facebook, Twitter and YouTube:

It will be exciting with the Mi 11 Pro and the Mi 11 Ultra. Also whether they will be available for the German market. If so, I’ll still be guessing a little later, as with Mi 11. The Ultra model could well be something of a competition against other flagship smartphones in this country. So I assume that we will see that in this country too. At the launch event, however, the two smartphones should at least be shown internationally. At least the Mi 11 Ultra was already “in the wild”. In addition to charging with 120 watts, the new Samsung Isocell GN2 should do its job, and a new type of “Liquid Lense” for the camera is also being discussed. In addition, you probably rely on an in-house chip and a compact battery, which should also be able to be charged very quickly.

Another hot candidate for the launch – at least when it comes to smartphones: A new Mi-Mix device with a compact telephoto camera. It remains exciting to see exactly what new products you have ready and which of them will then appear for the local market – and above all: at what prices. We will of course be reporting on the launch event right from the start.

In a private jet from Munich to Mallorca? Luxury package...

Does it really help you lose weight? – healing practice

Analysis: Components in the iPhone 12 are significantly more expensive than...