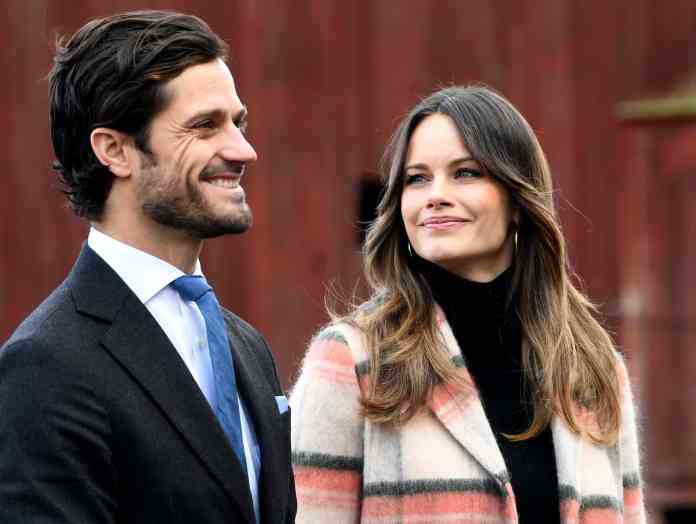 Sofia and Carl Philip of Sweden came up with a name for their baby. That’s the name of her little prince and that’s behind it.

That’s behind the name of Prince Julian

Offspring with the Swedish royals. On March 26, 2021, Prince Carl Philip and Princess Sofia became parents again. After Prince Alexander and Prince Gabriel, the couple are happy to have a third son. On Sunday, King Carl Gustaf also revealed the name secret at a cabinet meeting. The royal baby bears the name Prince Julian Herbert Folke, Duke of Halland.

Julian is part of the Swedish royal family, but not part of the royal family after the new regulations from October 2019. That’s why the new prince is not a Royal Highness.

But what is behind these three first names? The name Julian does not appear in the history of the Swedish royal family. Apparently Princess Sofia and Prince Carl Philip just liked the first name. The name Herbert comes from Julian’s great-grandfather on his mother’s side, like Margareta Thorgren opposite “Swedish Women’s Magazine” explained.

Folke Bernadotte was a war hero

Folke pays homage to Folke Bernadotte (* 1895- † 1948), the godfather of King Carl Gustaf. King Oscar II’s grandson performed miracles during his lifetime. As Vice President of the Swedish Red Cross, the officer successfully negotiated with Heinrich Himmler about the release of concentration camp prisoners. At least 15,000 prisoners were saved in the “White Buses” mission.

In 1948 he was used as a mediator for the UN in the Palestinian War. Count Folke Bernadotte campaigned for the Palestinian refugees. On September 17, 1948, the Swede was shot dead by the Lechi Jewish terrorist group in Jerusalem for this matter. He died at the age of only 53, leaving behind his wife Estelle, namesake for Victoria’s daughter, and four sons.

Service for the little prince

In the afternoon there was a service for Prince Julian. Queen Silvia, King Carl Gustaf, Prince Carl Philip and his eldest son Prince Alexander, Sofia’s parents Marie and Erik Hellqvist and her sister Lina took part in the so-called Te Deum.

Prince Harry: this is how his ex’s chaos wedding went!

The “Let’s Dance” colleagues are so happy

“You are world champion”: Gold for Liensberger in the interview –...

Hertha wins like a substitute: Bayer intervenes again in the relegation...

LIVE: Training and qualification of ski jumpers in Nizhny Tagil