Since the beginning of the week, various apps on devices with the Google Android operating system keep crashing when you try to open them. According to Cnet.com, this is a problem with an earlier version of Android System WebView, software that makes it possible to display web content within Android apps.

In the meantime, Google has been able to solve the problem. However, so that smartphones do not continue to crash, some users have to update their apps independently, if this has not already happened automatically. For this, Google has published a series of steps that are necessary for the update.

Users reported the problem for the first time on Monday afternoon. Within a few hours, countless people complained about Twitter and Reddit, complaining that the apps on their smartphone kept crashing. Owners of Samsung mobile phones appear to have been particularly affected, but users from other manufacturers also reported problems.

“We apologize for the inconvenience and thank you for the patience and continued support,” Google finally commented publicly on the problem. You are always working to make all systems as reliable as possible and therefore you are always making improvements.

Some users completely uninstalled the problematic version of WebView at the beginning of the week. These people are advised to reinstall the system in order to ensure the full functionality of their smartphone. The problem should no longer occur by now.

If you subscribe to the digital push, you will be informed about news and rumors from the world of Whatsapp, Snapchat, Instagram, Samsung, Apple and Co. You will also be the first to receive warnings about viruses, Trojans, phishing attacks and ransomware. There are also tricks to get more out of your digital devices.

This is how it works: Install the latest version of the 20-minute app. At the bottom right, tap on «Cockpit», then «Settings» and finally on «Push notifications». Under “Topics”, tap “Digital” – et voilà!

The documentary series “Bild.Macht.Deutschland” on Amazon

Joshua – Pulew live: Box broadcast on TV and as a... 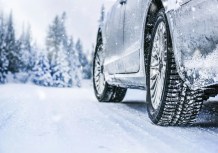 Siberian cold monster rushes to Europe: will it reach Germany?