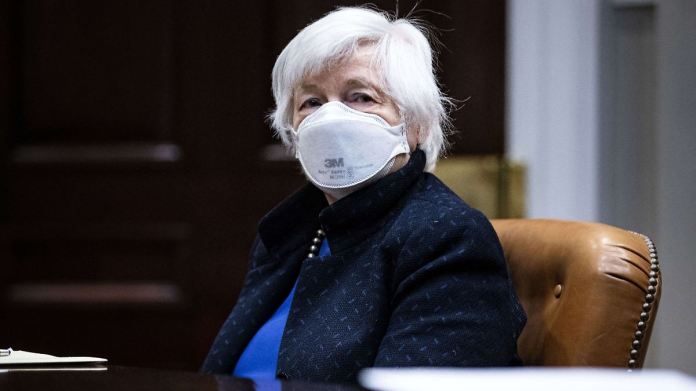 So that the expenses for the corona aid package and infrastructure programs can be managed in the trillions of dollars, tax increases are probably needed. This is what US Treasury Secretary Yellen indicated. However, it is still questionable whether the latest plans of the Biden government will come through Congress.
The US government is carefully preparing citizens for possible tax increases to finance planned infrastructure programs worth billions of dollars. Such plans would likely come with “some revenue increases” for funding, Treasury Secretary Janet Yellen said at a hearing in the House of Representatives. The investments should serve to create “good jobs” and improve the competitiveness of the economy. “Fair changes to the tax system”, in turn, should help with financing. Among other things, she brought into play an increase in the corporate tax rate to 28 percent. The rate was lowered under the former US President Donald Trump.

In the fight against the economic consequences of the corona pandemic, US President Joe Biden only put his $ 1.9 trillion aid program into effect at the beginning of March. New trillion dollar economic aid is now being discussed in Washington – for example for the modernization of the partially ailing traffic routes in the USA. People familiar with the plans in the White House estimate the amount of these funds also planned for the fight against climate change at three to four trillion dollars.

Commerzbank economist Bernd Weidensteiner assumes that such a mammoth program will be financed in part through higher taxes for companies and top earners. He points out that during the election campaign, US President Biden had promised an increase in corporation tax and income tax increases for upper incomes. Incidentally, an increase in state investments in infrastructure is a “long-running hit in Washington”: Trump had already promised a billion dollar infrastructure program, but did not get very far.

It is also questionable whether Biden will get away with his plans, said Commerzbank analyst Thu Lan Nguyen. “This time, the Democrats would have to secure the partial support of the Republicans, which will prove difficult in view of the fact that measures of the previous government are to be rolled back as part of the package, among other things.”

Report – Donald Trump’s Covid disease is said to have been...

Premier League is not planning a season break due to Corona

90 percent of Covid patients with a migration background?

How does wife Jessica Biel feel about his Insta apology?