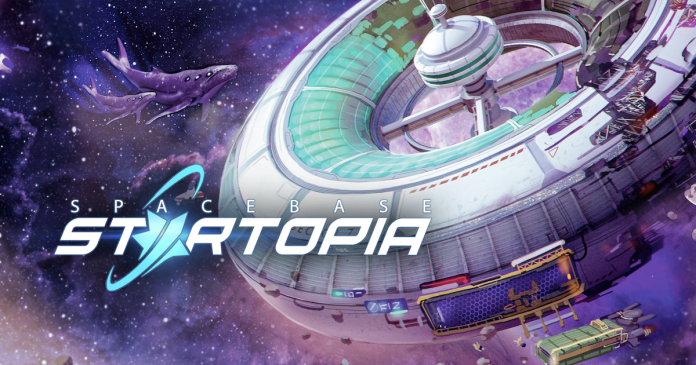 If you’ve always dreamed of building your own space station, then you’ve come to the right place. Because the German development team from Realmforge gives you this opportunity with Spacebase Startopia – in a funny way. In our test, we’ll tell you whether there is a well thought-out and interesting game behind the fun facade.

The name Realmforge Studios should be familiar to fans of building games and business simulations. The German team was responsible for titles such as the Dungeons series and MUD TV – both modern reinterpretations of two absolute classics in gaming history. We became all the more sensitive when they announced their latest game, Spacebase Startopia, which is again based on a true game oldie: Startopia from 2001, which was produced by former dungeon keeper developers at the time, but which became much less known and successful as his role model, which is why the Mucky Foot studio had to close again two years later.

In essence, both the original and the current remake are a fusion of the genres mentioned at the beginning: a little construction here, a little economy there, a pinch of real-time strategy on top – Spacebase Startopia is ready.

Nobody hears you laughing in space

In Startopia, everything revolves around the space station of the same name, which you, as the commander, have to set up, look after and organize. Before you jump into the campaign, you can and should take your first steps in the detailed tutorial. This is particularly advisable because Spacebase Startopia is by no means self-explanatory and requires some training time. The tutorials are divided into smaller missions, during which you will get to know the most important aspects of the game. This ranges from the basic control to the functionality of individual objects and rooms to the importance of the various alien races.

In the tutorial you will also meet the snooty AI named VAL – well, who notices the swipe at a sci-fi classic? This is more or less helpful to you in your everyday life as a commander, but most of the time she hurls disdainful and snappy comments at you. Similar to Portal, this makes up a large part of the game’s charm and underlines its humorous orientation. Spacebase Startopia is not a deadly serious science fiction simulation, but pokes fun at itself.

Once you have finished the tutorial, you should jump straight into the quite extensive campaign. There are three levels of difficulty to choose from: The higher the selected level, the more difficult it is to set up and expand the space station. So if you are looking for a particularly tough challenge, you should tackle the highest level right away. The story of the campaign is not particularly profound. It is mainly presented in still images and revolves around topics such as alien communication, diplomatic problems, etc. – again spiced with a good dose of humor.

In the course of the missions you will end up in the orbit of different planets and have to master different challenges. This ranges from eliminating a garbage problem to procuring important raw materials or resolving an alien conflict. The demand increases steadily – in a very pleasant curve. However, some of the missions have a bit of idle time.

In principle, however, variety is always provided. But as with many games of this type, you always have to pay attention to some repetitive basic elements. So it is necessary to build dwellings for the alien inhabitants, set up a communication center and pay attention to the needs of the aliens. Without an atmosphere filter, for example, there will soon be thick air on board the station in the truest sense of the word. To find out more about their needs, you can click on the individual characters and get an overview. But at this point at the latest you will feel some of the weaknesses of Spacebase Startopia. The menus are not exactly a prime example of clarity, so it takes a while to work through the numbers and symbols. In addition, the focus of the camera immediately jumps to the character that has just been selected. This is not a bad idea in itself, but in combination with the not necessarily optimal control it always leads to confusing situations.

Since the area to be built on is curved (imagine the inside of Babylon 5) you have to keep the camera perspective “rotating” in order to have everything in view. This works either with a mouse or keyboard, but it takes a long time to get used to it. It is not uncommon for you to get tangled up and have to realign your view. To make matters worse, the space station consists of several decks (“fun deck”, “bio deck”), between which you have to jump back and forth in later missions. This is not always helpful for clarity.

The attention to detail

Incidentally, as an alternative to the campaign, Spacebase Startopia also offers you a “free building” mode, in which you can start to your heart’s content and without a predetermined goal. Here you can virtually stamp the station of your dreams out of the ground and set your own challenges. There is also a multiplayer mode for cooperative games, which we weren’t able to take a closer look at during our test run.

Graphically, the game does not tear up trees: If you are looking for modern effects and high-gloss optics, this is the wrong place. But that doesn’t make Spacebase Startopia an ugly game. The slightly comic look exudes its very own charm and impresses with many loving animations and details. In addition, the hardware requirements are set correspondingly low, so that the game should run smoothly on a large number of computers. We already praised the voice output – especially from VAL – at the beginning, but the background music is always nice and even has a suitable theme for each of the decks.

WHO report: Age Discrimination in Isolation and Can Lead to Poverty...

How big is the price increase, when will it come?

Marco Cerullo and Christina Grass have split up