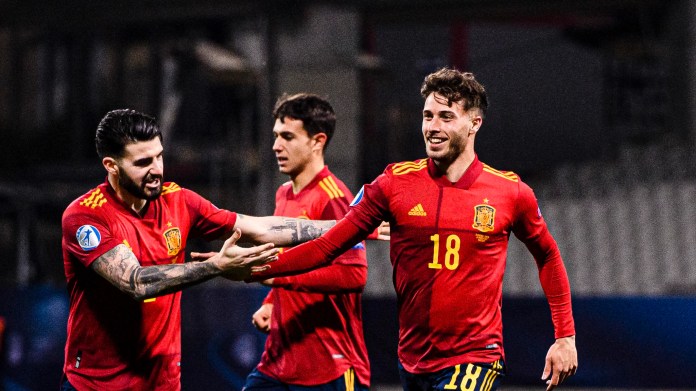 The first day of the U21 European Championship brought two favorites and two surprising draws.

Hungary – Germany 0-3 (Székesfehérvár)
Germany had a long start-up phase, but in the second half it went like clockwork. With three goals in 13 minutes, the tournament hosts weren’t given a chance. Lukas Nmecha made the redeeming 1-0 after an hour on Ridle Baku’s cross, and Baku from Wolfsburg then made the final score with two goals himself.

Romania 1-1 Netherlands (Budapest)
Perr Schuurs scored 1-0 for the favorites with a wonderful header, but Andrei Ciobanu practically equalized with a fantastic free kick.

Romania took a point against the NetherlandsGetty Images

Czech Republic 1-1 Italy (Celje)
Gianluca Scamacca gave Italy the lead, but then Giulio Maggiore made an own goal and Sandro Tonali and Riccardo Marchizza were red-carded.

Slovenia 0-3 Spain (Maribor)
Javier Puado and Gonzalo Villar scored in the 53rd and 54th minutes for the defending champions, Juan Miranda made the final score.

Where do you see the games?

Kurz says that there are still massive restrictions – politics

The EC-KAC secured a shutout away win in Klagenfurt & Vienna...

Weather in NRW: next change in weather, next risk of storms