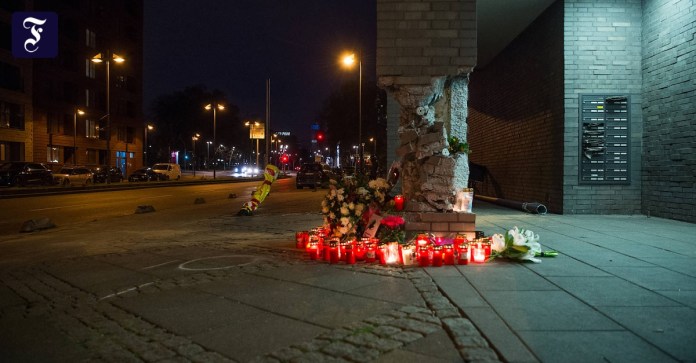 Dhe SUV driver, who captured and killed two people in Frankfurt’s Ostend in November of last year, must now answer for murder. As the public prosecutor’s office in Frankfurt announced on Friday, the 38-year-old man’s arrest warrant has been issued – for murder with a dangerous substance, dangerous bodily harm and forbidden motor vehicle races.

As Chief Public Prosecutor Nadja Niesen said, the accused is urgently suspected of causing a serious traffic accident on the afternoon of November 21, 2020 “with his more than 600 hp SUV due to significantly excessive speed and grossly illegal driving”, with the death of two people as well as serious ones Causing injuries to a third victim. As reported, the fatalities were a 27-year-old bicycle courier and a 61-year-old pedestrian who was out and about with his 31-year-old daughter. The woman suffered several potentially life-threatening injuries in addition to a pelvic fracture.

The public prosecutor’s office, which had initially investigated the driver on suspicion of negligent homicide, now sees evidence that the accused caused the accident deliberately, said Chief Public Prosecutor Niesen. It has now been proven that the driver had delivered a race with another car driver. The second car was reportedly driving next to him. The accused accelerated sharply at two traffic lights. When he turned into Oskar-von-Miller-Strasse, he is said to have “almost completely depressed the accelerator and initiated a ‘drift’ in order to reach the highest possible speed”. With this risky driving behavior he apparently wanted to “impress” other road users, the public prosecutor continued.

The investigators also found that the thirty-eight-year-old had manually switched off a system responsible for stabilizing the SUV before he started driving. This led to the rear of his car breaking out and being thrown onto a bicycle lane running parallel to the roadway, where he caught the courier driver and the two pedestrians at a speed of around 82 kilometers per hour.

Residential city of Stuttgart-Asemwald: The trio will probably remain a trio...

The next celebrity is out

WAC wrestled storm in the majority late with 2: 1

Danger to Apple? Facebook is planning its own smartwatch for...

Weather in Germany: It will be very cold – but also...