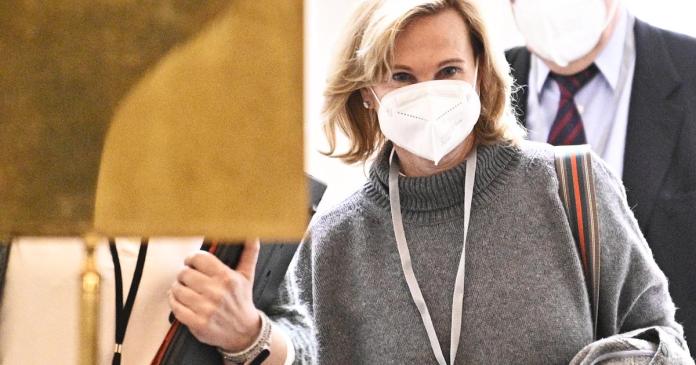 Gaby Spiegelfeld is an enthusiastic networker – and has been for many years. She set up women’s networks, she got involved with Irmgard Griss in the 2016 federal presidential election campaign and, from the end of 2016, with Sebastian Kurz. In the past few days she has been the focus of interest. Because two days before her testimony, Chancellor Sebastian Kurz called the media for a background discussion.

The reason for the offensive: The Chancellor complains about “dirty campaigning” through the online medium Zackzack by ex-politician Peter Pilz.

Specifically should Zackzack-Editor-in-chief Thomas Walach tried to accuse Kurz with a statement at the WKStA of a hidden gift acceptance in the form of a holiday invitation in Gaby Spiegelfeld’s finca in Mallorca. To prove the inaccuracy, Kurz presented a statement, according to which he stayed in the hotel and not in the finca of supporter Spiegelfeld.

Make an appointment at the WKStA

The course of events: Almost three weeks ago, just shortly after the house search at Finance Minister Gernot Blümel’s, at Spiegelfeld, Walach made a rectangle about her breakfast invitations, where Kurz met with top managers in the country during the 2017 election campaign.

Ex-Novomatic boss Harald Neumann is said to have been among them. Walach then posted this article on the WKStA’s whistleblower website.

Two days later he was summoned to give testimony by the WKStA. At this date, according to the version from the Federal Chancellery, Walach is said to have learned from Spiegelfeld that Kurz spent a holiday in her finca for free in 2018.

Only when asked by the WKStA, Walach is said to have admitted that this information did not come from Spiegelfeld, but from another informant whom he could not name. “I didn’t even visit her on Mallorca back then, not even for a coffee,” says Kurz.

And Wallach thinks of the allegations that this is “Kurz’s interpretation”. He had only given the WKStA for the record that Kurz had “been a guest” at Spiegelfeld, and he did not know whether the Chancellor had stayed there as well.

Spiegelfeld himself had his say in the Ibiza U Committee today. The very first question from SPÖ parliamentary group leader Jan Krainer focused on Mallorca. She made it clear: “Sebastian Kurz never went for coffee with me in Mallorca. In contrast, the family of Helmut Brandstätter (now Neos MP; note) did.” He also did not stay with her in the finca.

During the 2017 election campaign, she organized expert rounds for Kurz, where businesspeople, managers, artists and doctors were given the opportunity to discuss with Kurz. “Donations were not an issue at these events,” said Spiegelfeld.

SPÖ mandate Jan Krainer then wanted to know what was being served at the “non-donation breakfast” in the Hotel Sacher. – “Coffee and croissants.” And who paid that? Sacher boss Matthias Winkler assumed these costs, said Spiegelfeld.

For almost 15 minutes, the trial judge argued whether Gaby Spiegelfeld had to answer the question whether Sebastian Kurz was a guest at private invitations in her own home in Vienna. Spiegelfeld thinks this question violates your privacy. The trial judge was of the opinion that the question was too vague. They then agreed on the following formulation:

Tsunami warning for the whole of the Pacific after New Zealand...

According to the Chamber of Commerce – February: Company doctors are...

Heidi Klum is back in Berlin: where she’s going immediately –...