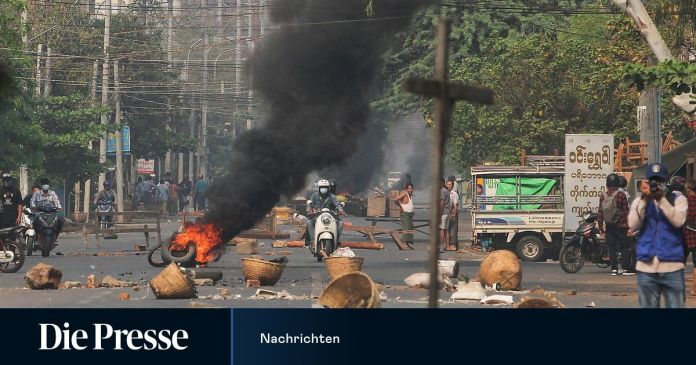 The military junta threatened the demonstrators on Army Day. Despite the threat of bullets in the head by security forces, numerous people took to the streets in some cities to demonstrate against the coup on February 1.

In Myanmar, eyewitnesses and media reports said at least 50 people were killed in renewed protests. The head of the military government said on Army Day on Saturday that the military wanted to protect the people and strive for democracy.

After the annual parade in the capital, Naypyitaw, the head of the junta, General Min Aung Hlaing, said on state television, “The army wants to join forces with the whole nation to secure democracy.” Acts of violence that would impair stability and security are inappropriate. He repeated his promise to hold elections, but did not give a date. The day before, there had been a threat against the demonstrators on state television. “You should learn that you run the risk of being shot in the head and back,” said MRTV.

New infections at record high: the British are preparing for a...

Two retirees as saviors and an overwhelmed board

“What is actually happening here?”: Ramelow gives the saddest interview of...

ICEHL: The Black Wings defeat the VSV – The votes after...

70,000 doses per day – vaccination campaign in Switzerland starts at...