The most important short news from the wide world of sport.

Feuz can improve in the 2nd training

Beat Feuz is for the two World Cup runs in Saalbach-Hinterglemm and prepared for the final sprint in the battle for the small crystal ball. The Emmentaler comes in second best Swiss after Ralph Weber Behind.

Weber was a touch faster than Feuz. Just under half a second behind the Italian’s fastest time Dominik Paris passed the St. Gallen to 5th place. The Austrian is also ahead of Feuz Matthias mayer classified, with 48 points behind in the discipline standings, the first pursuer of the leading third place in the World Championship.

Third best driver from Swiss-Ski was Marco Odermatt as eleventh. On Friday and Saturday, the man from Nidwalden will have the opportunity to make up his deficit in the overall World Cup standings from currently 210 points to the leaders Alexis Pinturault to reduce. The Frenchman refrains from starting the two runs. (pre / sda)

The Norwegian ski jumper Halvor Egner Granerudwho attended the World Cup in Oberstdorf was tested positive for the coronavirus, the winner of the overall World Cup is determined ahead of time. Because the FIS after the corona-related cancellations in Norway not enough alternative locations found, Granerud can no longer be ousted at the top of the rankings. On March 25th it will be in Slovenian Planica give another ski flying.

For the weekends from 13./14. and 20./21. Despite “intensive efforts”, no new hosts were found on March 1st. Granerud has now only three competitions 526 points Advantage over the Germans Markus Eisenbichler on. (sda / dpa)

In the dispute over tax advantages for Spanish football clubs, the FC Barcelona ultimately suffered defeat. Of the European Court overturned a ruling by the EU lower court that would have saved the Catalans and three other professional clubs back payments.

The EU Commission therefore rightly has a tax regulation that applies to four Spanish football clubs state aid classified. The Brussels competition watchdogs rated it as an “inadmissible financial benefit” in 2016 that the FC Barcelona, ​​Real Madrid, Athletic Bilbao and CA Health were classified as non-profit organizations in Spain for around 20 years, the profits of which are taxed five percent less than those of a limited liability company (GmbH).

In order to reverse the preferential treatment, the EU Commission ordered the subsequent payment of the unpaid taxes. According to your calculations, it could be per club up to five million euros walk. The exact amount must be determined by the Spanish authorities, it said. FC Barcelona had brought an action against the decision of the Commission and in 2019 initially received law from the EU court. (pre / sda)

Also the second leg between Liverpool and Leipzig in Budapest

The return leg of the Champions League round of 16 between Liverpool and Leipzig also found in Budapest instead of. The relocation must be made because the participants of the German delegation returned from England due to existing ones Corona regulations should have been quarantined for two weeks.

The travel restriction English teams in the wake of the corona pandemic had already made it necessary to evade Hungary’s capital for the first leg. Liverpool won that game 2-0. The second leg will take place on Wednesday, March 10th. (pre / sda)

Capela has to pass with a foot injury

Clint Chapel is the 115: 112 away win Atlanta Hawks against the Orlando Magic only spectators. The man from Geneva has to pause because of a foot injury. Capela suffered the injury the day before when he won the Miami Heat, in the first game after the head coach was released Lloyd Pierce.

Capela always struggles with physical problems. At the end of January he had a Hand injury have to suspend. Because of Achilles tendon complaints Delayed his debut with the Hawks, to whom he moved from the Houston Rockets in February of last year. For the first time for the Georgia team, he started two days before New Year’s Eve. (pre / sda)

Kloten and Ajoie in lockstep

Of the EHC Kloten won away against Thurgau 2-0, Ajoie La Chaux-de-Fonds also bottomed out on foreign ice 5: 2. If the two teams achieve the same number of points in the two remaining games and thus have the same total on Sunday evening, Kloten takes first place – thanks to the better results in the direct duels.

Im Fight for the pre-playoffs the Biasca Ticino Rockets have gained an advantage. They beat the EVZ Academy 1-0 in the direct duel and are now in 10th place, three points ahead of the Central Swiss. Ambris goalie Benjamin Conz celebrated his comeback with the Rockets after a three-month break (knee injury) with a shutout. (ram / sda)

Maren Lundby is called the first female ski jumping world champion on the large hill. The 26-year-old Norwegian won in Oberstdorf after jumps on 128 m and 130.5 m.

The Norwegian win came as a bit of a surprise. Silver secured itself Sara Takanashi from Japan. The record winner in the World Cup is still waiting for gold at a major event. Bronze went on Nika Kriznar from Slovenia. The competition took place without Swiss participation instead (frame / sda)

Sobiech is out for a long time

Let Sobiech will the FC Zurich not available for several months. The German central defender was in training last week the right shoulder dislocated. Research has shown that the 30-year-old has to undergo an operation. The 196 cm tall defender, who was signed for this season, stabilized the Zurich’s defensive team and scored three goals. (ram / sda)

End of the season for Bern’s Rüfenacht

Thomas Rüfenacht from SC Bern missed the rest of the season. Suffered the past June Knee injury had allowed the 36-year-old striker only eight missions in the current championship, which is why he had an operation in November. When building up training in the past few weeks, however, it became apparent that stress continues to cause complaints. Rüfenacht now focuses on the coming season. (ram / sda)

Dario Cologna is is over at the Nordic World Cup in Oberstdorf 15 km far from creating a surprise after a good start. The Bündner, who has already won three Olympic championships in over 15 km of skating, but has not yet won a medal at the world championships, fell out of the top 10 in the second half of the course and ultimately had to compete 13th place content.

In the fight for the medals, like in the skiathlon on Saturday, the expected duel between the Russian came about Alexander Bolshunov and the Norwegians. Unlike at the weekend, Bolshunov had to admit defeat. Up to the mark at 6.6 km, the winner of the Tour de Ski was on the gold course, but then he lost his strength a little – and the Norwegian Armada trumped him. In the end, Bolshunov was 8 seconds short of a podium.

Ultimately ran to gold Hans Christer Holund with a margin of 20 seconds Simen Hegstad Krueger. The two had won bronze and silver respectively in the skiathlon behind Bolschunow. Completed the total Norwegian triumph Harald Oestberg Amundsen. All five Norwegians who started were among the top seven. (pre / sda)

Opening win for Golubic in Lyon

Viktorija Golubic reached the 2nd round at the WTA indoor tournament in Lyon. The woman from Zurich beats the woman from Belarus Vera Lapko 5:7, 6:4, 6:3. Golubic, die als Number 130 in the ranking 150 places ahead of her opponent, the decision in the penultimate game brought about the 15th service breakthrough in this game. In the third set she had previously given up a 4-1 lead again.

A long wait comes to an end for Golubic with the win. The last time she won a game at WTA level last September before last. In the tournament in Guangzhou, China, she defeated the Chinese in the quarter-finals Zhang Shuai. Golubic’s next opponent is Caroline Garcia. She has never played against the French woman, number 47 in the world. (zap / sda)

Feuz holds back in training

The Swiss hold out in the first Training for the two World Cup runs on Friday and Saturday in Saalbach-Hinterglemm still back. Is top ranked Stefan Rogentin in 15th place. The best time was Matthias mayer with a hundredth of a lead over the Italian Dominik Paris on. Mayer has been one of the most consistent speed specialists in the World Cup this winter. At the World Cup, however, the Carinthian was one of the losers. The two-time Olympic champion also failed to win his first World Cup medal in Cortina d’Ampezzo.

Rogentin lost almost a second on Mayer. It’s back on the race track Mauro Caviezel. After his serious training crash at the World Cup at the beginning of January, the Graubünden resigned from further appearances after being eliminated from the Super-G. Beat Feuz use the first training run as usual to familiarize yourself with the conditions. The Emmentaler was a good two seconds slower than Mayer. Saalbach-Hinterglemm jumps as Replacement location for the downhill and the Super-G in Kvitfjell in Norway and for one of the two departures in Wengen. (pre / sda)

Gaël Intake takes care of the Junior World Championships in Bansko for a good start from a Swiss point of view. The Vaudois is in Super G Third. It was a close decision in the first race of the junior title fights in Bulgaria. Zulauf missed the title by just five hundredths. The new world champion, the almost 20-year-old Italian Giovanni Franzoni, was four hundredths ahead of the runner-up Austrian Lukas Feuerstein.

With his first medal win, Zulauf caught up with what he just missed a year ago. At the Junior World Championships in Narvik, Norway, he finished fourth, two hundredths behind third. Zulauf only got a place afterwards in the Swiss-Ski line-up. He advanced for Alexis Monney to. For the Freiburg man, who won gold in the downhill last year, races came too early after his fall in an FIS downhill in Sella Nevea in mid-February. (pre / sda)

Follow watson Sport on Facebook
The latest results, the funniest memes, the most exciting background stories! Whether football, ice hockey, tennis, skiing or other sports – everything is included.
Give us your like!
THANK YOU FOR THE ♥

60 sports photos that get under your skin

This is how your football stars would behave in the pool

The National Council is calling for the Federal Council to relax the corona measures more quickly. Time to take a look at the lobby register.

The Federal Council is under increasing pressure. Yesterday, the National Council passed a declaration calling for the measures to be taken to prevent the corona pandemic to be relaxed more quickly.

For example, catering companies as well as businesses in the fields of culture, entertainment, leisure and sport should be allowed to open from March 22, 2021. Even if the epidemiological situation is currently back on the «orange» alert. Instead, protection concepts or …

Corona drama! Shepherd Heinrich is worried about this 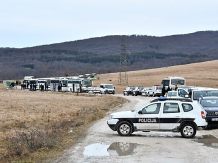