The most important short news from the wide world of sport.

For Alexia Paganini put it to the World Figure Skating Championships in Stockholm a bitter disappointment. In 25th place, the 19-year-old missed the free skate of the best 24 by half a point. they must fear for the Olympic participation. How great the frustration was with Paganini is underscored by the fact that she made no comment after her performance.

Paganini turned the final Rittberger only twice, and since this should have been threefold according to the regulations, zero points were counted. If she had managed the jump that she normally does, she would have been in the top 15. The Russian is in the lead Anna Schtscherbakowa. The Japanese follow behind Rika Kihira and compatriot Elisaveta Tuktamischewa (ram / sda).

Leader change on the Tour of Catalonia

Adam Yates was the big figure of the 3rd stage of the Tour of Catalonia. The Briton won the mountain finish in Vallter in 2000 solo and slipped into the leader’s jersey. He leads the overall standings by 45 seconds over his Australian team-mate Richie Porte.

Yates, who has been with Ineos-Grenadiers since this season, won 13 seconds Esteban Chavez and 19 seconds ahead of the former world champion Alejandro Valverde. (ram)

Ralph Weber has in Zinal the Swiss championship title in the downhill secured. Thanks to a strong finish, the Swiss from eastern Switzerland was one hundredth of a second ahead of the surprising Nidwalden Yannick Chabloz by. With Beat Feuz waived the best downhill skier in the world to participate.

In the Combination of women the Nidwalden woman secured herself Delia Durrer, like Weber, the first championship title among the elite. The 18-year-old, who made her World Cup debut on the downhill in Val di Fassa at the end of February, was sent off Rahel Kopp by five hundredths to silver. (ram / sda)

Giuseppe Iachini takes over in Florence

After the resignation of Cesare Prandelli as a trainer of the AC Fiorentina becomes its predecessor Giuseppe Iachini take over the post again.

The 56-year-old, who played for Fiorentina between 1989 and 1994, was until November last year coach in Florence, however, was dismissed after the 7th round of Serie A. For him came Prandelli, who surprisingly vacated his post on Tuesday. After the 28th matchday, Fiorentina is in 14th place. (sda / dpa)

End of the season for Dino Wieser and Paschoud

Dino Wieser and Claude Paschoud will be at HC Davos will not return to the ice this season. According to a report from the club, the two Davos veterans continue to struggle with the consequences of their concussions and have to “end the season prematurely due to ongoing medical examinations and their ongoing rehabilitation”.

While Paschoud made twelve appearances in the current championship, the season for the 31-year-old winger Dino Wieser ends without a serious fight. (sda)

Moses Kean has the contraction of the Italian National teams leave again. The Paris Saint-Germain striker will play World Cup qualifiers because of “fatigue” Northern Ireland (Thursday) and Bulgaria (Sunday) not deny, as the Italian Football Association announced. The 21-year-old has already traveled back to Paris. (abu / sda)

World champion Pomagalski died in an avalanche accident in Andermatt

The snowboarder Julie Auxiliary is one of two people who died in an avalanche accident on Gemsstock im Canton Hate gave her life on Tuesday. She was 40 years old.

The French Olympic Committee confirmed the snowboarder’s death on Twitter. The French had in 1999 in Snowboardcross named world champion, but also started with the alpine snowboarders. In 2004 she triumphed in the overall World Cup. By the end of her career in 2007, Pomagalski had collected 34 World Cup podiums, eleven of them in snowboard cross. She also took part in the Olympic Games in Salt Lake City in 2002 and four years later in Turin. (abu / sda)

In the playoffs of Swiss League qualifies Ajoie as the first team for the semifinals. The Jurassians oppose it Visp with 4-0 victories. Ajoie won the second away game in Valais 3-1. Made the decision Ueli Huber and Reto dirt with their goals in the final third. Visp improved significantly compared to the 0: 7 on Sunday and recorded significantly more shots on goal (40:21) than the guests, but Ajoie was able to take on a strong one Team Wolf count in goal.

Qualification winner Kloten would have in La Chaux-de-Fonds can also march through to the semi-finals. But the Zurich team suffered their first defeat in the fourth game. Although they made up a two-goal deficit in the third period, they were beaten 4-5 in extra time. Double goal scorer Oliver Achermann decided the game in the 5th minute of overtime.

Like Kloten is also missing Langenthal just one more win to get ahead. The B champion from 2019 fought against in Weinfelden Thurgau with 2: 1 and is now in the best-of-7 series with 3: 1 wins. The winning goal for Langenthal succeeded Dario grief 41 seconds after the beginning of the final third. (pre / sda)

Belinda Bencic meets after her bye at the WTA 1000 tournament of Miami on the Kazakh Sarina Dijas (WTA 89). This prevailed in the first round against Venus Williams (WTA 79) with 6: 2, 7: 6 (12:10). The last encounter between Bencic, seeded number 11 in Miami, and Dijas was over seven years ago. At that time, as a 16-year-old from Eastern Switzerland, she won the qualification in Pattaya in straight sets.

Jil Teichmann (WTA 41) had to give up their first round game in Florida. The 23-year-old Swiss woman was 30 places lower in the world rankings Paula Badosa in the first set with 6: 5, 0:40 lead when she pulled back. (pre / sda)

The Cadets Schaffhausen earn themselves in the European League in the first leg of the round of 16 in Montpellier with a surprising 27:27 a promising starting position. Little was missing, and the cadets would even have traveled home from southern France with a victory. The right wing Nik Tominec missed the chance to make it 28:26 27 seconds before the end – it would have been the first lead with two goals difference for the Schaffhausen team. After the final siren it was the same Hugo Descat with a converted penalty. (pre / sda)

EVZ Academy only one year left in the Swiss League

Of the EV train will be his team EVZ Academy after the 2021/22 season from der Swiss League withdraw. The EVZ thus accepts the strategic direction of the Swiss League. The background to the move is the new, independent stock corporation Swiss League AG, which ten Swiss League clubs founded last December.

The EVZ Academy as well as the Ticino Rockets were not included among the founding members. With this approach, the Swiss League only wants to consider traditional clubs with a certain audience potential. This should enable better marketing of the second highest league. (pre / sda)

Hirschi is not yet in top form in the time trial

Marc Hirschi drives in the individual time trial of the Tour of Catalonia by the lake Banyoles on the 50th place. The Bernese loses 1:28 minutes on the 18.5 kilometers to the Australian winner and two-time time trial world champion Rohan Dennis on. The Portuguese will take over the overall lead after the 2nd stage João Almeida.

Hirschi is contesting his first competition kilometers in northeast Spain this year and with his new one Team UAE Emirates. Its shape structure with regard to the Ardennes classics continues on Wednesday with an endurance test. Among other things, there is the final ascent to the Vallter 2000 ski station in the Pyrenees. (pre / sda)

Cesare Prandelli resigns as head coach of Fiorentina settled down after nine months. At the same time, the 63-year-old wants to end his coaching career in his own words. He is succeeded by Prandelli’s predecessor Giuseppe Iachiniwho was also recently employed by the club. He should save the team from relegation. Fiorentina is in 14th place ten laps before the end of the championship. The reserve for a relegation zone is seven points. The former Italian national coach Prandelli had trained Fiorentina from 2005 to 2010. He began his second term in Florence last summer. (pre / sda)

Follow watson Sport on Facebook
The latest results, the funniest memes, the most exciting background stories! Whether football, ice hockey, tennis, skiing or other sports – everything is included.
Give us your like!

60 sports photos that get under your skin

This is how your soccer stars would behave in the pool

The only real quiz about pollen season: sex or hay fever?

Spring not only creates a feeling of spring, but also here and there for an annoying hay fever. Curiously, both discharge visually in a very similar way.

Not everyone is lucky enough to be able to enjoy spring just like that, because the pollen load in the spring air brings out severe hay fever in some of us. That means: It sneezes what the handkerchief holds. And while there are more appetizing things than the sneeze reflex, it’s hard to deny that the feeling of a fervent sneeze is wonderful. At least until the next one comes up.

Of course, we also know a wonderful feeling from elsewhere. The bedroom …

This happens if you do not accept the new terms of...

Neymar defends himself after outrage over New Year’s party

22.6 percent of Austrians went to the mass tests 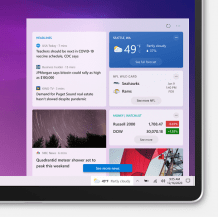