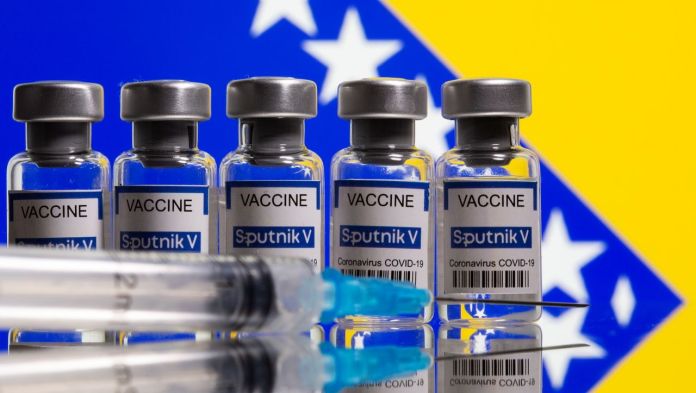 CSU boss Markus Söder said at the weekend that a decision had to be made “as soon as possible about the approval of Sputnik V”. Thuringia’s Prime Minister Bodo Ramelow (left) complained about reservations in West Germany against the vaccine. Criticism also came from Mecklenburg-Western Pomerania’s Prime Minister Manuela Schwesig (SPD). “We should have learned from the bad experiences with the first order,” said Söder of the “Passauer Neue Presse” and the “Donaukurier” on Saturday. “Therefore, this time the EU should quickly conclude all the necessary contracts to get as much vaccine as possible.” The corona pandemic will ultimately only be defeated by vaccination, said Söder.
Ramelow told the newspaper “Welt” on Saturday: “I am not fighting for Sputnik V just because he comes from Russia, but I am of the opinion that we should all buy vaccines that we can buy.” The left-wing politician added: “It has nothing to do with party politics or an alleged proximity to Moscow.” He registered “West German ideological sensitivities on this question”. These are “silly”.
Like all other vaccines, Sputnik V must also be tested, said Ramelow. “But the framework agreement could have been concluded long ago. That should now happen soon.” Chancellor Angela Merkel (CDU) had assured him that the talks had started. According to Ramelow, Sputnik V could be tested and produced by the Russian company R-Pharm in Illertissen near Augsburg in Bavaria.

Open to the use of the Russian vaccine

Schwesig also criticized the EU vaccine procurement. Mecklenburg-Western Pomerania’s Prime Minister of the “Neue Osnabrücker Zeitung” told the “Neue Osnabrücker Zeitung” on Saturday that you could not help but get the impression that the EU medicines agency (EMA) is operating with different intensities. Although Sputnik V is being examined, the EU Commission has still not secured any purchase options, as its EU Commission President Ursula von der Leyen has confirmed. “What matters is not where a vaccine comes from. It has to be safe and effective,” emphasized Schwesig.

The deputy CDU leader Norbert Röttgen was also open to the use of the Russian vaccine in Germany. He did not believe in rejecting a vaccine for political reasons, even if other states wanted to make politics with the pandemic, he told the “Augsburger Allgemeine” on Saturday.

“China in particular, but also Russia, are using the pandemic to show that their authoritarian systems are superior to the world’s democracies,” said Röttgen. Germany should see that, but not participate. This also applies to handling Sputnik V. “If the vaccine is approved in Europe, then it can also be used,” said Röttgen.

So far, the corona vaccines from Biontech / Pfizer, Moderna, Astrazeneca and Johnson & Johnson have received EU-wide approval. For Sputnik V, EMA has started a so-called rolling procedure for approval. After France’s Foreign Minister Jean-Yves Le Drian accused Russia on Friday of abusing Sputnik V as a “means of propaganda”, the German government again signaled its willingness in principle to use the Russian vaccine once it has been approved by the EMA.

In view of the further increase in the number of infections, SPD health expert Karl Lauterbach has called for rigid measures to contain the third corona wave in order to prevent a casualty record in this country of well over 100,000 deaths. “We have to stay well below 100,000 dead,” said the German government’s corona advisor to Berlin’s “Tagesspiegel” (Sunday edition). So far, around 76,000 people have died in Germany after a corona infection. Lauterbach called for a quick new Corona summit, which would have to resolve a nationwide night curfew for at least two weeks. In addition, the health politician called for a stop of the model projects planned for the period after Easter, in which the corona restrictions are to be relaxed. “No openings, no model projects. We don’t need youth research now,” warned Lauterbach.

Away with the lockdown! – Coronavirus Vienna

Coronavirus: “The idea that they destroy all viruses is tempting”: In...

Because of fast longrun times: Mercedes sends a message to Red...

With a range of 400 kilometers: MG brings electric station wagons...