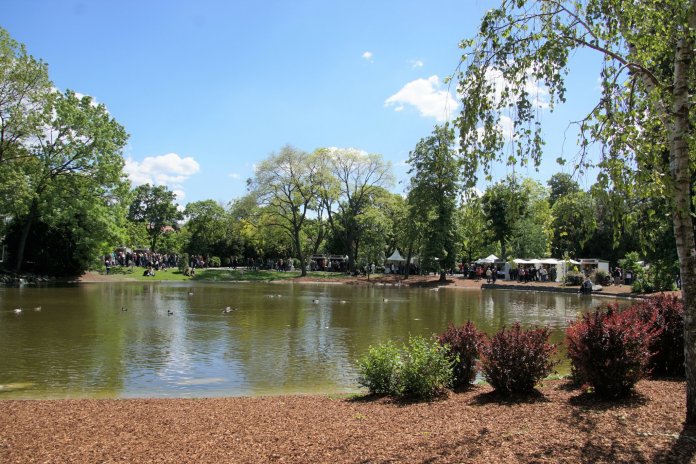 After a tough Corona year, the announcement by Mayor Michael Ludwig (SPÖ) that he would be setting up pub gardens on public spaces was received positively by many. Since then it has been puzzled as to how this should work. One thing is certain: if there is no restaurant opening, there will be no pub gardens.

VIENNA. At the end of March, Mayor Michael Ludwig announced his idea: In order to help the landlords without open space with a possible outdoor restaurant opening, he wanted to build public pub gardens. The initiative was well received, but many questions initially remained unanswered. Here is an overview of what is known so far:

When should the pub gardens start?

“In principle, we are working towards a possible opening on March 27,” says a spokesman for the responsible city council, Peter Hanke (SPÖ). This date – the beginning of the Easter holidays – was mentioned at the beginning of March by Federal Chancellor Sebastian Kurz (ÖVP) as a possible date for the opening of the pub and restaurant gardens. The infrastructure should therefore be in place by then. What is clear, however, is: “In our actions we are of course dependent on the easing steps prescribed by the federal government,” said the spokesman. And whether these will really come as announced is doubtful, given the high number of Covid infections, especially in eastern Austria.

Are you looking forward to the public pub gardens?

Where should they go?

However, this list only contains suggestions that are still to be coordinated with the districts. Some district chiefs have already spoken out in favor of these locations – for example the 5th, 12th, 16th, 17th and 23rd district. District chief Silke Kobald has brought in an additional proposal for the 13th with the Red Mountain. District chief Hannes Derfler (SPÖ) suggests that Allerheiligenpark and Leipziger Platz / corner of Hugo-Gottschlich-Park are suitable as no locations for the 20th district have been communicated.

Some districts want to examine the proposals, such as the 7th and 9th. Also Wiedens district boss Lea Halbwidl (SPÖ) is not entirely convinced of the Resselpark: “The idea should neither damage existing pub gardens nor restrict public usability. Both must You can take a very close look at the Resselpark. The square is very busy, especially in summer, and we already have two existing pub gardens there. I’m still waiting for details on plans, including opening times and the garbage concept. ”

The tours of two districts, namely Josefstadt and Währing, think little of setting up the pub gardens in green spaces. The district head of the city center, Markus Figl (ÖVP), has already spoken out against the city park as a location.

Who will provide food and drinks?

There are 9,000 restaurants in Vienna, from sausage stands to gourmet restaurants, and all of them probably cannot get hold of a place for catering. One thing is certain: if you have a pub garden yourself, you are not allowed to apply. The gastronomy division of the Vienna Chamber of Commerce will carry out the award, whereby – as they emphasize there – “we will certainly not select just anyone, but will raffle the places with the help of a notary and a lawyer.” According to the Chamber of Commerce, it has not yet been determined how many different companies will be involved, but there are currently 300. Before that is decided, however, one has to wait for the concrete framework conditions for the hosts.

What do you know about the design?

Each location should have eight tables with a total of 32 seats. The gastro islands should not be placed in meadows, but rather set up on the fixed paths in the parks.

Eugenie von York: “I have to cry. Stop it”: Emotional words...

Thousands of households in Texas have electricity and drinking water again

The wet nurse as a monster in the “crime scene” from...