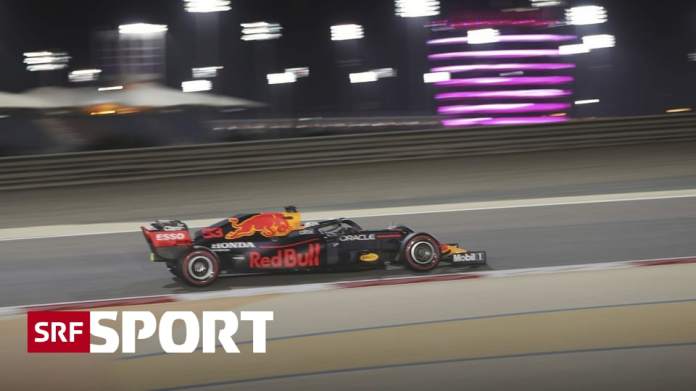 Max Verstappen was the laughing winner in qualifying for the Bahrain Grand Prix. The Dutchman secured pole position with a clear lead in the Red Bull.

Verstappen won the battle for the best starting position for the first race of the season with an almost four tenths advantage over world champion Lewis Hamilton in a Mercedes. Hamilton’s team-mate Valtteri Bottas and Charles Leclerc in the Ferrari will be on the second row of the grid.

Follow the GP Bahrain on Sunday from 4.30 p.m. live on SRF Zwei and in the Sport App.

Verstappen thus confirmed his strong performance in the training sessions, in which he had impressed three times with the best time on the desert circuit in Sakhir. In Bahrain, he had never made it to the front row in seven attempts. Overall, it is the fourth pole position in Formula 1 for the youngest GP winner in history.

The drivers of the Alfa Romeo team both made it to the second part of qualifying. Antonio Giovinazzi won the duel against Kimi Raikkonen. The Italian will start from 12th place in the night race on Sunday, the Finn will be in 14th position.

It was a disappointment for Sebastian Vettel. The German, who started his new Formula 1 mission at Aston Martin, already retired in Q1. He will start the GP from 18th position, one place ahead of compatriot and debutant Mick Schumacher in the Haas.

Parking spaces in Austria’s ski areas are full, as are some...

YouTube bans Trump for another week over concerns about violence